Americans Should Prepare For Gas Prices to Remain High 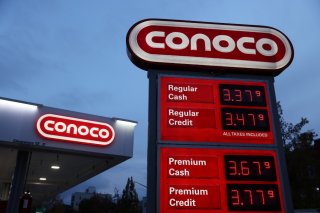 After rising for most of 2021, the average gas price in the United States started to drop in November and December. However, once the calendar flipped to 2022, the average price started rising once again. This week, for once, gas prices have held steady.

According to the latest report from AAA, the national average price remained at $3.30 a gallon throughout the week. Gasoline stocks rose, while demand decreased.

“Typically, pump prices decline due to lower gas demand and a rise in total stocks, but continued growth in the price of crude oil has helped to elevate pump prices. As crude prices continue to climb, pump prices will likely follow suit,” AAA said.

Over the course of the last week, average prices rose six cents in Oregon and five cents in both Alaska and Washington state. On the other hand, prices dropped four cents in Utah.

GasBuddy reported earlier in the week that the average price for a gallon of gas had increased two cents from the week prior, bringing the average price to $3.29 a gallon. While last week’s average price was seven cents higher than it was one year ago, gas prices have started increasing at a slower rate.

GasBuddy predicts that prices could rise to $4 a gallon this spring before dropping off later in the year.

"The economy is hot. Demand has come roaring back. But supply is still catching up after getting cut greatly in 2020," said Patrick DeHaan, GasBuddy’s head of petroleum analysis.

Gas prices dropped incredibly low in 2020 as the onset of the pandemic kept people at home and caused demand for gasoline to crash. While gas and oil prices rose as restrictions eased, actions by OPEC and short-term supply disruptions greatly impacted gas prices.

Overall, gas prices will likely continue to be impacted by inflation in the coming year. According to Department of Labor figures released last week, the inflation rate increased by 7 percent in 2021, the largest increase in nearly four decades. The report noted that gas prices have gotten particularly high because “Americans have driven more in recent months after having cut back on travel and commuting earlier in the pandemic.”

The report added that “pandemic-driven mismatches between demand and supply” are a major reason for inflation. Federal Reserve Chairman Jerome Powell said earlier this week that the Fed may begin interest rate hikes sooner than planned in order to address inflation.