In America's Absence, China Is Taking Latin America By Storm 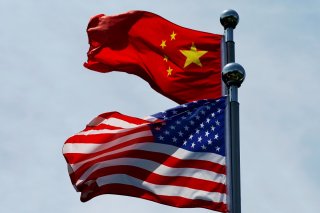 Of all the national security dilemmas the United States faces in Latin America, none is more puzzling and consequential than China’s burgeoning presence and influence.

For roughly twenty years, China has been charting an ambitious future in Latin America by cultivating “comprehensive strategic partnerships” with Argentina, Brazil, Chile, Costa Rica, Ecuador, Mexico, Peru, Uruguay, and Venezuela; this is the highest level of diplomatic relations China can provide. China is now the region’s second-largest trading partner after the United States. From 2002 to 2019 Chinese trade with Latin America has soared from $17 billion to over $315 billion, and Chinese President Xi Jinping has plans to reach $500 billion in trade by 2025.

China has also made massive investments in infrastructure, with over fifty active port infrastructure projects and sixteen telecommunications projects throughout the region. These projects almost certainly will create opportunities for China to enhance its overt and clandestine diplomatic, military, economic, and political activities to persuade regional governments to strengthen cooperation with China. China’s persistent engagement efforts have already induced nineteen Latin America and Caribbean countries to join its Belt Road Initiative (BRI).

Multiple senior U.S. military and government officials have refuted China’s claims of peaceful pocketbook diplomacy and development assistance intentions. In January, the top lawmaker of the U.S. Senate Armed Services Committee, Senator Jim Inhofe, warned that China clearly views Latin America as a critical battlefield in fulfilling their global ambitions and challenging U.S. interests. In March, Admiral Craig Faller, US Southern Command’s commander who is responsible for U.S. military operations across thirty-one countries in Latin America and the Caribbean, cautioned that the U.S.’ competitive advantage was eroding vis-à-vis China and Russia across the hemisphere and was challenging the U.S.’ capacity to maintain a favorable balance of regional power.

China’s interests in Latin America are both structural and strategic. Structurally, securing and maintaining access to open sea lines of communication (SLOCs) and to the region’s rich natural resources, mineral deposits, and raw materials are vital economic interests and partly explain why Chinese naval deployments to the region have increased 70 percent over the past five years. Strategically, China has carefully exploited erratic U.S. “America First” policies and competing overseas security commitments that have alienated some regional partners, who have embraced Chinese offers of expanded bilateral military engagements, to include professional military education courses, Spanish language centers, and sophisticated military arms sales. Over the past five years, Chinese arms sales have totaled $615 million and are expanding from small arms to more advanced military hardware like radar, armored personnel carriers, combat aircraft, and surface vessels.

As the United States deliberates on its options, what is clear is China is a great power with aspirations to expand its tentacles into every corner of the globe. Washington can encourage its allies throughout the region to pursue measures that promote regional stability and shared security responsibilities.

These measures include actions in the following areas.

First, the United States can increase professional military education courses to our regional partners imparted through the joint U.S. Department of State-Department of Defense International Military Education Training (IMET) program; the program is funded by the Department of State and executed by the Department of Defense. The multifaceted purpose of the IMET program emphasizes professional military education to cultivate future military leaders, create a shared understanding of U.S. culture and traditions, and to establish rapport between the U.S. military and host-nations to build future alliances.

In July, U.S. Secretary of Defense Dr. Mark Esper announced plans that the IMET budget would increase 50 percent over the next five years. FY2021 IMET funding requested for the Western Hemisphere was only $11 million, the lowest in the world. In January, Admiral Faller pleaded for more IMET funding and discussed the strategic value of the IMET program in his annual posture statement testimony before the Senate Armed Services Committee: “We can use more IMET … We could spend that 50% percent increase in IMET next year in our schoolhouses at the Western Hemisphere Institute for Security Cooperation at Fort Benning and the Inter-American Air Force Academy in Texas … these schoolhouses work together to make a difference in strengthening hemispheric security … and stronger partners that know and trust us, and the relationships that go with that last a lifetime.” If Washington fails to provide more IMET funding, it creates an opening for China to potentially cultivate closer regional security ties and further expand its professional military education program, like in El Salvador where China was allocating fifty-course slots for every slot offered by the United States.

Second, Washington can bolster opportunities for the nascent United States International Development Finance Cooperation (DFC) to partner more closely with the private sector. The DFC works with the private sector to finance solutions to critical regional security and development challenges like illicit migration, drug trafficking, and economic inequality; DFC investments entail a multi-pronged approach that prioritizes global development, advance U.S. foreign policy, and generate revenue for U.S. taxpayers. For example, this year the DFC signed memoranda of understanding (MOU) with El Salvador, Guatemala, and Honduras financing $2.5 billion of private sector investments to strengthen business growth, and improvements in infrastructure, digital connectivity, public health systems, financial services, and energy diversification to create the conditions for a more secure and prosperous future. The Western Hemisphere accounts for more than $5 billion of the DFC’s $23 billion portfolio, or roughly 25 percent of its total portfolio. The DFC stands poised to provide economic assistance to support the rebuilding of the Venezuelan economy pending a peaceful democratic transition. Venezuela’s implosion has created one of the world’s most destabilizing humanitarian disasters that has driven over five million Venezuelan migrants to flee abroad while drawing in malign actors like China, Russia, Iran, and Cuba.

The United States cannot stop China’s expansion across Latin America. Like it or not, China is a global actor with a growing agenda that is here to stay. Cultivating deeper, more meaningful, and integrated security and economic ties focused on building lasting relationships as outlined above would be a good step to address China’s increasing presence.

Official Disclaimer: The views expressed in this article solely reflect those of the author and do not reflect the official policy or position of the United States Military, Department of Defense, or the U.S. Government.

John Turner is a U.S. Department of Defense (DOD) Staff Officer with the U.S. Indo-Pacific Command. John is a national security professional with 11 years’ experience analyzing Latin America, Asia, and Middle East national security trends, developments, and implications. John deployed to Afghanistan from June-December 2019 in support of Operation Freedom Sentinel and to Iraq in 2011 in support of Operation New Dawn. From 2014-2017, John served as an advisor to the U.S. Defense Attache Office in Mexico City, Mexico. He is fluent in Spanish and is currently assigned to the U.S. Indo-Pacific Command in Pearl Harbor, Hawaii. He holds a M.A. in International Relations with a focus in Security Studies from St. Mary’s University in San Antonio, Texas. John’s writing has been featured in Defense One, and Small Wars Journal.