America's B-2 Bomber Is Old (But It Keeps Getting Deadlier) 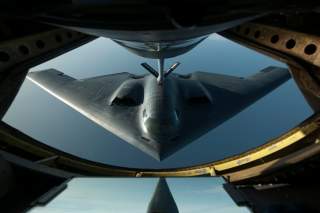 Key point: By bringing an “earth-penetrating” component, the B61-12 vastly increases the target scope or envelope of attack.

Back in 2018, the Air Force’s B-2 Stealth bomber test-dropped an upgraded, multi-function B61-12 nuclear bomb that improves accuracy, integrates various attack options into a single bomb and changes the strategic landscape with regard to nuclear weapons mission possibilities.