America's Ballistic Missile Submarines Are The U.S. Military's Ace In The Hole 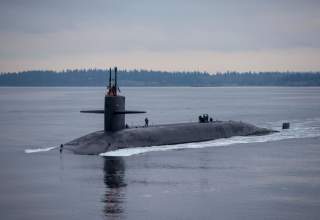 Key Point: The Ohio class will serve on until the end of the 2020s, and may even receive some additional acoustic stealth upgrades until they are replaced by a successor.