America's Coronavirus Response Has Been a Disaster. We Must Know Why. 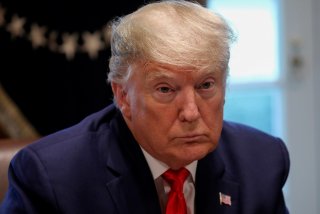 There is no beating around the bush: the Trump administration’s response to the coronavirus epidemic is a steaming pile of incompetence, neglect, and ineptitude.

The list of errors and shortfalls is almost as large as the death toll, a number in the thousands that will continue to climb over the next three to four weeks. And there is plenty of blame to go around.

When approached by the intelligence community in January and February about the threat the coronavirus posed to the country, President Donald Trump’s first inclination was to dismiss the virus as akin to the common cold. Attempts by the administration’s public health experts to brief the president on the virus in the hope he would take it seriously fell on deaf ears. Trump only started paying attention when the stock market plummeted 10,000 points and businesses started laying off workers. By the time he prohibited travel into the United States from China (later extending the ban to Europe), the virus was already burrowed in some of America’s largest cities.

The Centers for Disease Control, responsible for flagging a pandemic to the federal government before it becomes a national catastrophe, was unable to produce an accurate coronavirus testing kit early on. With testing capacity extremely limited, the CDC continued to operate on narrow guidelines about which patients could be tested and which should ride it out at home. The Food and Drug Administration’s copious bureaucracy prevented private research labs from immediately producing their own kits, something that could have increased the pace of testing and provide the federal government with valuable information about how the virus was spreading between communities.

All the while, the limited medical supplies in the National Strategic Stockpile forced the federal government to essentially compete with individual states on the open-market for gear. When governors across the country requested equipment from the stockpile, the distribution process was messy, disorganized and confusing. Certain governors received everything they asked for, while others were twiddling their thumbs waiting for the first shipment to arrive.

Doctors, nurses, and medical professionals on the front-lines have paid dearly for all of these mistakes, sometimes with their own lives. The hospital system in New York City is on the verge of complete collapse. Health care workers are working multiple 12-hour shifts with little sleep and even less personal protective equipment, put in the unenviable position of managing a never-ending flow of patients walking through their front doors. One nurse in the Bronx described her situation as a “suicide mission,” with some of her colleagues dying or falling seriously ill from the disease. Hospital administrators in the New York area are struggling so much for additional supplies that they have advised staff to do things—such as reusing face shields surgical masks for a week at a time—that months prior would be cause for termination. The situation is so desperate that medical professionals are producing their own face masks and gowns at home. One would expect such a thing to happen in a third-world country, but not in the United States of America.

Trump may never admit fault in public, but the officials populating the federal government’s public health and national security bureaucracy understand that there will be hell to pay once the crisis is over. Trump administration officials are already pointing fingers at each other over which agency is to the blame for the pathetic public health response. Anonymous staffers on the National Security Council are name-dropping Treasury Secretary Steven Mnuchin as an obstacle. Governors are blaming the federal government for being totally unprepared for a pandemic Washington should have known was coming eventually. The federal government, in turn, is blaming governors and big-city mayors for having wildly inflated expectations about what Washington can do. Some governors are even blaming each other, with Florida Gov. Ron DeSantis complaining about New Yorkers landing in his state and infecting his constituents.

The truth of the matter, however, is that fault doesn’t fall on any one individual or government agency. The story of the coronavirus pandemic is not just a story about Donald Trump’s propensity to embellish and falsify the record—it’s a story about how the entire United States, from the President of the United States down to the hospital in Elmhurst, Queens, were all caught with their pants down. It’s also a story about systemic failure and poor judgment every step of the way. Nobody is immune, not even the U.S. Congress, which has treated public health as a second-tier priority.

The American people deserve and are in fact entitled to the absolute truth about why the government’s response was so jumbled; why America’s national strategic stockpile was so low; and why doctors in the wealthiest country on the planet are being forced to manufacture their own equipment. The American public, who after all have born the brunt of his horrific respiratory disease, are also entitled to accountability. Above all, the country at large is entitled to know what future administrations can do to ensure the very same mistakes are committed again during the next health crisis.

Once the coronavirus pandemic is brought under control, the U.S. Congress should establish a national commission (along the lines of the 9/11 Commission) with a mission statement to get to the truth of the matter. This commission should be as non-partisan as possible, staffed with public health experts and experienced investigators, and granted the financial resources, subpoena power, and unfiltered access that is necessary to determine how everything went so wrong, so quickly.

Some will call a special investigation nothing more than nationalized version of Monday morning quarterbacking. Politicians and partisans will use any inquiry as a political cudgel to attack the opposing party.

Unfortunately, empty-headed banter is unavoidable. What is entirely avoidable, however, is finding grappling with the same set of problems years in the future.