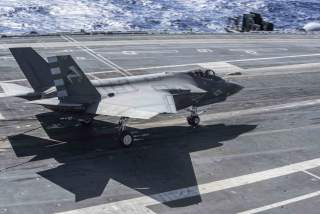 Key point: The F-35 is designed with long-range sensors and data fusion technologies such that, as a fifth-generation aircraft, it can complete the OODA Loop much more quickly than potential adversaries.