America's Small But Mighty Cyclone Ships Would Be On The Frontline Of A U.S.-Iran War 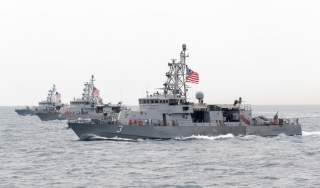 Key point: A robotic patrol boat, in theory, could perform the same dangerous mission that the Cyclones do, but without risking American lives.