America's Special Forces Are a Killing Machine. But What About Everyone Else? 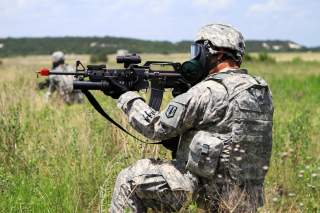