Ammo Shortage Drags on in Wisconsin 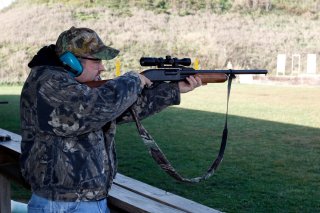 The ammunition shortage has continued in the United States throughout 2021, although it dates back to 2020. The shortage has been attributed to a variety of factors, from pandemic-related supply hiccups to a massive uptick in demand for guns, which ammo manufacturers haven’t been able to meet.

A news story this week looks that how the ammunition shortage has affected gun dealers in the state of Wisconsin, especially as hunting seasons have gotten underway.

At one Wisconsin store, when a shipment of .270 Winchester hunting cartridges arrived, leading to two dozen people followed suit at the store and grabbed the ammunition “as fast as workers could unload it.”

“Probably by within an hour or two they were sold out of that ammunition just by word of mouth,” Tony Blattler, the chairman of the Wisconsin Conservation Congress, told Wisconsin Public Radio (WPR). He also said that gun owners he knows will “stop at any gun shop or outdoor store while on the road to check for ammunition.”

"Now, we're moving into rifle season, and we haven't had any .30-30 shells in a year to speak of, really," Pat Kukull, owner of Superior Shooters Supply, told WPR. She added that she has been rationing ammunition to one box per person.

In Wisconsin, per the story, posted an increase of 174 percent in background checks for handgun purchases, citing statistics from the Wisconsin Department of Justice.

"It's no big conspiracy at all. It's simply there was 8 million new shooters, and the new shooters want guns and ammo," Kukull told WPR. "That started it. And, then with the riots that went on in the (Twin Cities) area, that self-defense (gun purchases) went way up. It's just a perfect storm.”

Dan Marcon, the owner of Marc-On Shooting in Wisconsin, told WPR about how gun demand has increased of late.

"There's a ton of people that we teach to shoot that are people (you) would not think carry guns, whether they're soccer moms, stay-at-home dads—they're people that never touched a gun before," Marcon told WPR. He also said that some are even buying guns just because of the ammunition that is available.

The story added that more manufacturing is coming online.

"I'm trying to get new manufacturers to work with us, and everybody's just swamped. I mean, they're running harder than they ever have been," said Andrew Puckett, a gun department manager at the Appleton-based business The Real Shot.