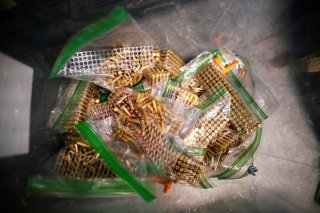 Inflationary pressures and the shortage of certain goods have become expected amid the ongoing coronavirus pandemic, but now they appear to be taking direct aim at the nation’s hunters and sport shooters.

The lack of available ammunition is likely to continue to drive prices higher for these gun enthusiasts for the foreseeable future, experts say, with some already claiming that bullet prices have surged two-fold or even four-fold compared to before the start of the pandemic, Forbes recently reported.

The ammunition shortage is hitting the state’s pheasant and deer hunters particularly hard, according to Iowa Capital Dispatch.

“We are in fact seeing the impact here in Iowa not only for hunting but for recreational shooting as well,” Jamie Cook, the hunter education coordinator for the Iowa Department of Natural Resources, told the news organization.

“Certain rounds are hard to get, there are limits being put on how many you can purchase and manufacturers just can’t keep up with the demand due to the spike in interest and the fact that factories were shut down during COVID,” Cook continued, adding that manufacturers and retailers are telling individuals engaged in shooting sports to place orders for spring ammo as soon as possible.

Kevin King, trap-shooting chairman for the Warren County Izaak Walton League and a competitive shooter himself, noted that the shortage in ammo largely has been driven by people hoarding and panic buying.

“I have seen a tremendous shortage of ammunition,” King told Iowa Capital Dispatch.

“Several factors have contributed to the shortage, primarily the panic buying and hoarding of ammo and components,” he added.

The shortages are also fueled by supply chain issues and the Remington bankruptcy.

“Raw materials have been hard to come by for manufacturers coupled with disruptive supply chains,” King said.

“For the shotgun sports this means there will be an ongoing shortage of ammo and components. Ammo companies make more money per round on metallic cartridges and hunting loads than they do on target loads,” he continued.

Jared Wiklund, a spokesman for Pheasants Forever’s national office in St. Paul, Minnesota, noted that more people started to hunt last year as the pandemic drove individuals to seek safer spaces outdoors. In fact, according to the National Shooting Sports Foundation, about 8.4 million people purchased guns for the first time in 2020.

“With more people working at home, they had more time to go hunting,” Wiklund told the news organization.

According to Mark Fiacable, who runs FloridaGunSite.com, ammunition prices for some calibers have surged four-fold in recent months—though some have now fallen to about double the prices seen before the pandemic.

For example, boxes of 9-millimeter rounds were selling for $12 pre-pandemic but that surged to $40 to $60 during the peak. Meantime, a box of .380 caliber rounds that are usually only $15 were going for $50 to $60. Fiacable told Forbes that ammunition shortages still persist, adding that popular calibers like .38 and .380 are “very, very difficult to get, if you can get it at all.”