Another Neat Trick by the F-35: A Tank Killer? 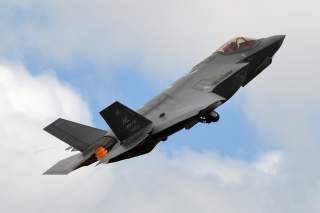 Key point: The Air Force is working toward having the F-35 fire a wide range of emerging weapons.

This article originally appeared in 2017.