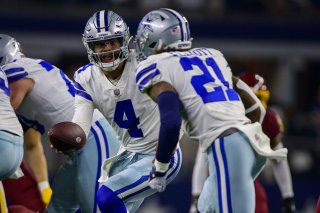 The timeline of bidding is unclear, but has drawn wide interest. Tech giants Apple and Amazon are considered contenders, while longtime NFL partners Comcast/NBC and Disney/ABC/ESPN have been mentioned as the favorites at various times in the last year.

The NFL is also reportedly interested in auctioning off rights to stream games on mobile devices, possibly in conjunction with Sunday Ticket rights.

According to Front Office Sports, Apple is eying “a single, multibillion-dollar deal” for both Sunday Ticket and mobile rights.

Apple has never bid on sports rights in the past, but landing a deal with the NFL would be a splashy entry into the market. Front Office Sports also reported that the NFL is “intrigued” about getting into business with the tech giant.

Amazon already has an exclusive deal to stream Thursday Night Football. It is also seen as a contender for Sunday Ticket and mobile rights.

Front Office Sports said that neither Amazon nor Disney should be counted out in the bidding, along with “other big, unidentified bidders.”

A partnership between Apple and the NFL would represent a teaming of the most valuable company in the world and the provider of the highest-rated programming on television.

“The benefit to Apple or Amazon, or whoever else is interested, is having a long-term alignment with most popular programming in the U.S. It’s a marketing tool to drive all their other lines of business,” media/technology executive Chris Bevilacqua told Front Office Sports. “If you’re Apple with all that cash, and you’re going to align with the NFL, it’s a permanent alignment if you hold all of that equity.”