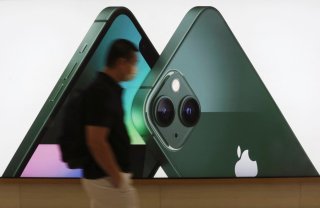 Overall, the premium market declined 8 percent year over year since the first quarter of 2021, while the overall smartphone market fell 10 percent.

“This was driven by strong volume growth in the US, China, and Western Europe. In China, the sales in the >US$1000 price segment grew 176% YoY in Q1 2022. The segment alone captured over one-fifth of China’s smartphone market value during the quarter. Apple emerged as the biggest winner from Huawei’s decline in the premium market. The premium market in China still holds potential, and will be driven by upgrades, especially by users from Huawei’s large installed base.”

This report is not to be confused with another, published earlier this week, in which Counterpoint provided its monthly analysis of global smartphone market share. That list, also, had Apple taking the top spots.

“The month’s best-sellers list saw an increase in the number of 5G-enabled smartphones, rising to a new high of seven models and up from four in the same month last year. The 5G smartphones on the list represent a third of the total 5G smartphone sales. 5G capability has become a standard offering in flagships and its presence is increasing in lower price bands as well,” Counterpoint said in its release Wednesday.

“Apple continues to do well with three of its latest iPhone 13 models capturing the top three spots. Unlike its last generation, the non-Pro iPhone 13 model has maintained a lead every month since launch and has done better than the Pro variants in terms of sales in most large markets.”