Apple's iPhone 12 Could Get 'Infected' by the Coronavirus 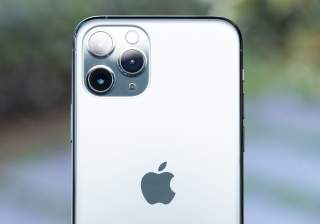 As the Coronavirus continues to roil mainland China and, now, other parts of East Asia and Europe, Apple faces renewed investor and industry insider fears that the iPhone 12 may be delayed due to ongoing travel restrictions and production slowdowns.

In a Reuters article published earlier this week, two former Apple employees warned that the Coronavirus may have already disrupted production plans for Foxconn, a Taiwanese multinational corporation and one of Apple’s biggest contractors: "They probably have one assembly line they're trying things out on. Are Apple's engineers with the Foxconn engineers? If they are, they're probably making progress. But if they're not, if they're quarantined, that could be bad."

Foxconn’s multiple factories in China have remained closed since the Coronavirus outbreak. Foxconn initially planned to reopen its Chinese operations at 50% production capacity on February 10, but the virus’ rapid proliferation beyond Wuhan has forced them to extend that timeline to the end of February.

Adding to Apple’s supply chain woes are Coronavirus-related travel restrictions that may impede the usual process of pre-production consultations between Apple and Foxconn employees. Apple engineers typically spend March and April flying back and forth between China and the company’s Cupertino headquarters, collaborating to set up a production process that’s up to Apple’s famously high-quality control standards. However, this traditional period of collaboration stands at risk of being curtailed by State Department-imposed travel restrictions to China. Apple and Foxconn employees can conceivably meet elsewhere, but former Apple engineer Anna-Katrina Shedletsky tells Reuters it’s not that simple: “You can fly those engineers somewhere else, but there’s knowledge about how you make a product in that environment. It’s not that it can’t be taught but it’s a hard thing to move.”

It remains to be seen if Apple can ship the iPhone 12 on time, and without quality slippages, amid production slowdowns and in the absence of face-to-face collaboration with Foxconn engineers. Some industry insiders are confident that the current disruption to Apple’s production process will not fundamentally alter the global shipment schedule for the iPhone 12, echoing CEO Tim Cook’s assurance that Apple has " alternate sourcing and contingency plans” for situations like this; others are much less optimistic about the ability of these alternate channels to compensate for the massive loss of productivity stemming from Apple’s China problems.

Throughout February, Apple has repeatedly warned investors to brace for reduced revenue projections and supply shortages. Though the upcoming iPhone 12 is likely to be affected by some degree of production setbacks, the severity of the problem will depend on the trajectory of the virus itself. The Chinese government claims, and delegates from the World Health Organization tepidly agree, that the Coronavirus has been successfully contained in mainland China: new cases of infection are now on the decline, and the Chinese labor force is slowly getting back to work. This is certainly good news for Apple, raising the prospect that recently imposed U.S. travel restrictions may be lifted in the coming months. Still, even as little as one month of delayed or scaled-back production can have major logistical consequences in the highly competitive consumer electronics industry. At the same time, the alarming spread of the Coronavirus to South Korea, Japan, and Italy may foreshadow a more general downturn in consumer demand beyond the lucrative Chinese consumer market.