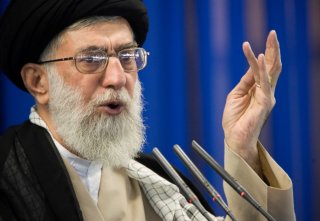 Ahvazi Arabs have been protesting in the majority of the Arab populated cities of Iran since July 15. So far, a number of protesters have been shot to death by Iranian security forces. Most media and analysts portray the protests as riots in response to water shortage and mismanagement. However, the water crisis in Ahvaz is just a trigger that evoked the Ahvazi Arabs to protest against structural grievances and inequalities. All the evidence shows that it is not merely about water mismanagement, indeed, the root cause of the problem is systemic racism against the Arab ethnic minority in Iran of approximately 5 million people. Ignoring the structural problems will not allow us to learn the real causes of the problems.

Structural grievances come from a group’s disadvantaged position in a social structure like oppressed ethnic groups in an ethnocracy or women’s position in a patriarchal society. While structural grievances are essential factors, these are incidental grievances that push people to take collective and coordinated action like protest and demonstration. That is why there is a tendency to link the protests to the most recent incidental grievance. In the case of the Ahvazi Arab protests, the lack of water, electricity blackout, and losing livestock in extremely hot weather were just triggers of the protests.

It’s Not Just About Water

Iran suffers from water shortage, however, the water crisis in the Ahvazi region including the oil-rich Khuzestan province is not merely due to a shortage. The Karun River passes through Khuzestan province and normally this region should be impacted less compared to the other central provinces. However, Ahvazi Arabs suffer disproportionately due to the diversion of the Karun River to the water-lacking central provinces of Kerman, Yazd, and Esfahan. According to experts, Karun River water was not diverted for just drinking usage, but mainly for industrial purposes. These three central provinces have also been the main destination of Iran’s industrial investments, including automotive and steel industries. The investments have increased the provinces’ need for water.

Understanding the Ahvazi Arabs protests requires considering Iran’s ethnic policies. Iran is an ethnically diverse country. According to various studies and datasets, no ethnicity is a majority. In this sense, Iran is a majority-minority country with no ethnicity larger than 50 percent of the population. However, since the establishment of the Pahlavi dynasty in 1925, Persian ethnicity has become the dominant ethnicity. Society’s ethnic diversity has been ignored in the process of this exclusive nation-building. Banning non-Persian languages in schools, extreme centralization, economic and cultural discriminations against ethnic minorities, and exclusion of ethnic minorities’ rights defenders from the executive branch of the government were some of the programs which have been pursued by the Iranian state since 1925. In fact, Iranian nationalist historiography blames Arabs and Turks for any perceived misery, misfortune, and backwardness of the country. For instance, Arabs have been blamed for bringing Islam to Iran and any other backwardness in the Iranian nationalist account of history. So, they have been otherized by Iranian historiography and were portrayed as opposite to the exclusively defined Iranians in the writing of intellectuals such Mirza Aqa Khan Kermani and Mirza Fath’ali Akhundzadeh. This Arab-hatred has been institutionalized after the establishment of the modern nation-state in the twentieth century.

Therefore, it is not by chance that the provinces which benefit from the water diversion and industrial investments are predominantly Persian populated provinces (Kerman, Yazd, and Esfahan). However, these policies are not confined to water or investment. Even if we compare the number of active hospital beds, which is an important factor in combating the Covid-19 pandemic, Persian populated provinces have the highest number of active beds for every 100,000 people in the country. Thus, these problems do not merely come from mismanagement or drought. Considering disparities and inequalities in various areas clearly indicates that Ahvazi Arabs suffer from systemic racism, and the water crisis is just one of the outcomes of these systemic inequalities. The overlooked systemic racism not only has targeted their water but also their identity by changing the names of their cities into Persian names.

Currently, the oil-rich Khuzestan province is one of the poorest provinces in Iran. According to officials, the real unemployment rate in most regions of the province is between 45-50 percent. The life of Arabs in the Ahvaz region depends on agriculture and livestock. On the one hand, the water crisis left Arabs without any alternative in the Ahvaz region. On the other hand, Arabs have been discriminated against in the job opportunities of Khuzestan province’s oil industry, the very province that they reside in. Since Arab applicants can be identified with their last names, their applications mostly have been rejected. According to a report, in a period of five years, only 4 out of 4,000 employed people in the province’s oil industry were Arabs. Arabs experience exclusion in politics as well, even at the provincial level. For instance, all the governors in the Arab majority Khuzestan province were non-Arabs, under the Pahlavi dynasty and after the Islamic revolution. It is not surprising that many of the appointed governors were from the central Persian provinces.

Arab activists consider these discriminations and exclusions as governmental tactics to force Arabs to emigrate from their oil-rich lands. Indeed, after the discovery of oil, people from different ethnic backgrounds, especially Persians and Lors, moved to Ahvaz to work in the oil industry. This increased the ethnic diversity of Ahvaz, yet Arabs are still the majority.

Abandoning Some Assumptions About Discriminations in Iran

Unlike some have asserted, the Ahvazi Arabs’ plight and the underdevelopment of Khuzestan province cannot be fully explained by center-periphery models. Arabs are not discriminated against merely because they do not live in central provinces. Even comparing the situation of Arabs to non-Arabs in the Khuzestan province shows a high level of discrimination against Ahvazi Arab citizens. From the lack of job opportunities in the oil industry to exclusion of ethnic rights defenders at the provincial and national levels, all the evidence proves ethnic-based discriminations. Without taking into account the impact of systemic racism, neither Ahvazi Arabs grievances nor the nature of discrimination can be understood.

Analyzing an ethnically diverse country entails recognizing diversity in demands of the groups, their grievances, ethnic power relations, differences in social movements, and their identity politics. Portraying Iran as a homogenous country by those groups who are interested in maintaining Persian domination, including the government or the mainstream opposition, would lead to a reductionist understanding of a complex society.

Ramin Jabbarli is a Ph.D. student in Sociology at the University of Washington, Seattle. He has written for various publications on ethnic minorities in Iran. His research focuses on ethnic conflict, identity, and social movements in autocratic regimes with an emphasis on Iran and the Middle East. Follow him on Twitter.