Are Emergency Powers Being Abused During the Coronavirus Pandemic? We Asked Experts About 5 Countries 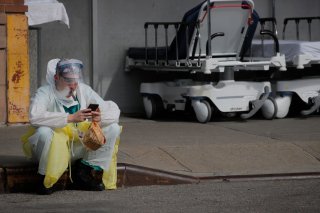 Editor’s note: Emergencies like the coronavirus pandemic set the conditions for political leaders to use expansive powers. They are, as a result, a test of the government’s commitment to human rights and civil liberties.

We asked political scientists for a non-exhaustive list of where they’re watching the state of democracy.

Orban’s new powers give him unlimited authority to fight the coronavirus by suspending parliament and all future elections, overriding the Hungarian constitution and imprisoning people for the new crimes of “violating a quarantine” and “spreading false information.”

Orban has been working toward authoritarianism for a decade. Soon after coming to power in 2010, he announced that Hungary would become something unheard of: an “illiberal democracy.” He has since used his leadership to undermine democratic institutions, including the media, the judiciary and civil society.

To mobilize support for this agenda, Orban has skillfully presented himself as the protector of Hungarians from real and exaggerated external threats. Today’s public health crisis is very real – but Orban is using coronavirus to suspend democracy in ways that will outlast the current emergency.

For two months before the coronavirus outbreak, India had seen sustained nationwide protests against the efforts by the Hindu Nationalist ruling party to marginalize religious minorities. These included an iconic peaceful sit-in spearheaded largely by Muslim women in the Shaheen Bagh section of Delhi.

On March 23 the Shaheen Bagh sit-in was cleared by police – part of India’s national COVID-19 lockdown.

Some Indians are nervous that Indian police will enforce the shelter-in-place rule. In February, officers used brutal force against anti-government demonstrators and turned a blind eye to – and in some cases seemingly abetted – a wave of mob violence that terrorized Muslim neighborhoods in Delhi.

More law enforcement on the streets during the coronavirus shutdown leaves many minority communities in India feeling less safe, not more.

India is continuing to harass and arrest its most vocal critics, raising fears that the government will use the pandemic chaos to suppress protests and civil society activism in the foreseeable future.

While reported cases of coronavirus are not yet significant in Africa, the pandemic is already emboldening several governments on the continent to flex their state powers in the name of protecting citizens.

Zimbabwe’s authoritarian-leaning government already inspired fear and distrust among citizens. Then, on March 30, President Emmerson Mnangagwa, who came to power after the removal of Robert Mugabe in 2017, issued a sudden and strict 21-day lockdown, clamping down on nearly all movement and activities.

The total shutdown comes with no government bailout, and Zimbabwe is already in economic crisis.

Fear of government forces has so far proven effective in motivating most of Zimbabwe’s 15 million people to stay at home. But inevitably, many people will have to violate the lockdown to get food, water and other basics goods that are hard to access even in normal times.

Mnangagwa recently ousted Zimbabwe’s health minister as COVID-19 czar and appointed his military hardliner vice president to manage the pandemic response. That was a signal about the potential for use of force. With Zimbabwe forcing citizens to choose between eating and facing the wrath of the military, there could be a flare-up of violence.

Peruvian President Martín Vizcarra’s rapid response to COVID-19 – which includes a $26 billion stimulus package to aid both businesses and families passed shortly after a March 15 state of emergency decree – has been praised domestically and internationally for its sensitivity to the social and economic impacts of the pandemic.

Vizcarra is unlikely to use coronavirus to consolidate authoritarian power, but Peru’s history of impunity during previous states of emergency raises other concerns.

Civil society, human rights groups, journalists and even the Justice Ministry have flagged, for example, the risks of a new “police protection” law passed by the president of the Congress, Manuel Merino. It exempts officers and soldiers from criminal responsibility for any death or injury caused during the state of emergency.

Peru’s government also has a track record of using emergency powers to protect its mining industry against protests. Mined silver, gold, copper, zinc and other precious metals account for 12% of Peru’s gross domestic product, though many local people and environmental groups oppose these massive projects.

The possibility that the COVID-19 state of emergency could be abused by Peruvian police and mining elites to repress civil liberties merits monitoring.

While the American Constitution says nothing about emergency powers, Congress has historically authorized executive action in response to financial, national security and health crises. These disaster-time measures, once passed, are seldom curtailed when these crises end.

As a result, President Donald Trump can now use 136 different statutory powers to deal with coronavirus. They include directing private companies to produce surgical equipment, taking “measures to prevent the entry and spread of communicable diseases from foreign countries … and between states,” physically confining the ill and shutting down or taking control of communications centers.

They say the president is abusing the coronavirus crisis to stoke xenophobia and hostility against immigrants. As evidence, critics point to Trump’s insistence on calling COVID-19 the “Chinese virus.”

Emergency powers can be dangerous. They are, as the U.S. Supreme Court Justice Robert Jackson once noted, “a loaded weapon, ready for the hand of any authority that can bring forward a plausible claim of an urgent need.”