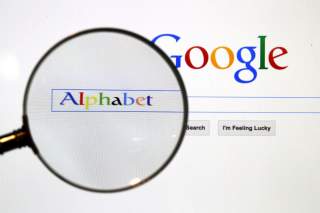 The FTC has ordered MAGA–F — Microsoft, Apple, Google owner Alphabet, Amazon, and Facebook — to provide a decade’s worth of information about acquisitions of fledgling firms. Anti–tech activists and other Big Tech critics argue that America’s tech titans are hurting competition and innovation by purchasing upstart rivals and discouraging new ones from getting funded. The first I heard of this theory was in 2018 when watching video of a University of Chicago conference on tech and antitrust. During one of the sessions, venture capitalist Albert Wenger explained how “the scale of these companies and their impact on what can be funded and what can succeed is massive …. We have an annual summit where we bring our portfolio company founders and CEOs together and last year the word that came up from [one of the entrepreneurs] is that ‘I’m only investing in things that are not in the Facebook–Apple–Amazon kill–zone, Google kill–zone.’”

The classic example is Instagram. Instead of the social media firm being a vibrant Facebook competitor, it’s “Instagram from Facebook.” The app, purchased in 2012 for $715 million when it had 13 employees and no revenue, generated some $20 billion in ad revenue for Facebook in 2019, according to Bloomberg. At a minimum, Facebook’s purchase accelerated the company’s growth. “Instagram didn’t need to build all of the infrastructure of an ad business, a considerable undertaking,” tech analyst Ben Thompson of Stratechery has noted.

Not every founder starts a company intending for it to become Amazon. Often future acquisition is the goal. Then the entrepreneur can go on to start another firm or become an investor in other aspirational startups working on risky new ideas. Same goes for the investors in the acquired firm. What’s more, these purchases are often “acquisition–by–hire” situations where the prize is talent rather than the Next Big Thing. And when an upstart firm has a valuable idea, acquisition can be the fastest way for it to get to users. “Banning acquisitions means denying billions of people access to a particular technology for years, if not forever.” Thompson adds (although he also thinks the acquisition was a regulatory failure).

Startups do compete in areas getting plenty of attention from Big Tech. Hal Varian, chief economist at Google, points out in an upcoming podcast with me that even as his company — and Apple, Amazon, Microsoft, Facebook, China, and Europe — pursue initiatives in artificial intelligence, there are also plenty of AI startups. Indeed, given all the many areas of interest to Big Tech, one might think there would also be so many kill zones that few startups would get funded. Yet VC investment in the US reached $136.5 billion last year, second only to 2018’s $140 billion. It will be interesting to see what the FTC finds and whether the kill zone theory can be empirically supported.

Learn more: Is a decadent America a technologically stagnant America? | Science and technology investment is no place for Washington to get stingy right now. Well, stingier. | Productivity growth showed some life last year, but is it the start of something bigger?