Are Humans Driven by Emotion? Expert Weighs in on Age-Old Question 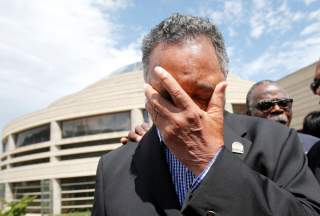 I have long sought to make radical changes to my life, such as leaving a toxic workplace and losing weight. Yet I never get around to it. I am scared to leave work and sad about being overweight – and I eat when I feel that way. To what extent are humans driven by fear and emotion? What’s the point of rational thought if it keeps getting overridden by emotions? Ed, 42, London.

One of the most famous brain injuries recorded in history was that suffered by Phineas Gage. Having had a large iron rod driven through his head, Gage lost a major part of his prefrontal cortex, which among other things facilitates interaction between reasoning and emotions. Gage survived his injury and maintained most of his cognitive functions. He could do maths, but he failed to make almost any decisions – especially those involving social interactions.

This article is part of Life’s Big Questions
The Conversation’s new series, co-published with BBC Future, seeks to answer our readers’ nagging questions about life, love, death and the universe. We work with professional researchers who have dedicated their lives to uncovering new perspectives on the questions that shape our lives.

It may seem like life would be easier if we could be entirely rational. But evolution has supported the development of feeling and thinking exactly because we need them both. Feelings take care of our desires and needs now, while rationality is defending our interests and wellbeing in the future. I call these two entities that live in us Tod (today) and Tom (tomorrow).

If Tom didn’t exist, we would definitely be in a bad shape. Just imagine a world without reasoning – we would lose interest in anything that doesn’t provide us with instant pleasure. We would avoid learning, producing and protecting ourselves. We would simply sink into a life of addiction that would kill us even before we managed to breed.

But without Tod we wouldn’t survive either. Tod is providing us with immediate decisions when danger is imminent. If we spot a car coming towards us while crossing the street, Tod will stop us. Tom might be able to calculate velocities and distances to tell whether or not we are in danger, but by the time he’d come up with the answer, it would be too late.

Tod is also facilitating our social interactions, not only with his positive habits, such as love and empathy, but also with nasty ones. Studies show that people who can evoke a certain degree of anger and insult during bargaining and debate do better than measured people.

A world without feelings

But beyond all this, there is one crucial reason why we should never be sorry for Tod being part of us. My friend Tali Tishbi, an eminent artificial intelligence (AI) researcher, believes that, in a few decades, AI will manage to do away with death and grant us all eternal life – albeit digitally. Here is how it is going to work: during our regular life – phase 1 – a database will store all the decisions, views, comments and ideas we have ever made, together with the circumstances in which they were made.

Machine learning (a type of AI) techniques will then analyse this data and generate software that can produce decisions in hypothetical circumstances based on those we took in our life. When our phase 1 life eventually terminates, we will enter phase 2 of eternal life, through this software. Our bodies will be dead at this stage, and this data from our minds will instead be located in a computer.

We would feel or experience nothing, but for all other purposes, we’d be there. This version of ourselves can resume our job as a chief executive because the machine would make exactly the same decisions that we would have done had we been in phase 1 of our life. It would also still be able to offer advice to our children when they are in their 90s, and be able to comment on our grand-grand-grandchild’s new girlfriend in 2144.

But let’s now go back to Tod and Tom. Life without Tod would look pretty much like what my friend calls phase 2 of life – and what I call death with an advanced photo album. Had our decisions been ruled solely by Tom, we wouldn’t be humans – we would be algorithms.

For you, it sounds like Tod is ruling the day in your life, leaving little space for Tom. After all, you can always start a diet or quit your job tomorrow – right now, though, you’d rather relax. People may differ in how much they rely on rational thought, but everybody ultimately uses both – even you. You have, after all, identified a goal that you want to achieve.

So how can we have a better balance between the Tod and Tom? Several psychology studies show that our patience with Tom is depleted rather quickly. This is not surprising, since he is the one who tells us to do those unpleasant things, such as staying away from croissants. When we were kids it was the role of our parents to help us to invite Tom in. But even when we are independent, we need help in a similar way from time to time.

One way of doing this is to ask our partner or friends to support us in achieving our goals. Another is inviting Tom to comment on someone else who is in a similar situation to us. We don’t like Tom to tell us what to do, but we are curious to hear what he has to say. So with a little bit of self-deception we might be able to take the perspective of an “impartial spectator”, which will make it harder to ignore him.

Tod and Tom are better friends than we tend to believe. They feed and reinforce one another. The best rational decisions take feelings into account. If you want to go on a diet, the best option is not always picking the one with the smallest calorie intake, but the one that you like the most and can stick with. For some people, it will be eating only boiled potatoes, while for others it will be a low-carb diet.

So don’t be scared to let Tod have a say. And get some help with inviting Tom in. It is ultimately together that they work best.

To get all of life’s big answers, join the hundreds of thousands of people who value evidence-based news by subscribing to our newsletter. You can send us your big questions by email at [email protected] and we’ll try to get a researcher or expert on the case.