Are Regressive Tax Cuts What America Needs? Not Exactly 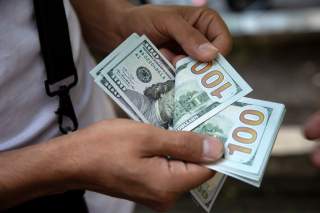 This blog post is part of a series dedicated to analyzing the impact of the Tax Cuts and Jobs Act. Click here to see all of the blogs in the #TCJANowWhat series.

The Tax Cuts and Jobs Act (TCJA) of 2017 was a regressive, trillion-dollar tax cut. Tax economists will spend much of our time in the coming years studying the consequences of the legislation, but its policy merits depend far less on the precise results of these studies than on those basic conclusions, which future studies are highly unlikely to change. Was delivering tax cuts to the relatively well-off the best use of the $1–$2 trillion legislators devoted to the TCJA, or were there other more pressing needs?

The core economic function of the federal tax system is to raise revenues in a fair manner. Any analysis of tax legislation must evaluate it with an eye toward this purpose. That’s why, as I’ve written in the past, assessing the TCJA’s economic effects ultimately depends on the answers to two key questions: Who bears the burden of the taxes that were cut, and how large will the resulting increase in the federal budget deficit be?

Analyses produced before the legislation was enacted, whether from the congressional Joint Committee on Taxation or think tanks such as the Tax Policy Center, assumed answers to these questions based on prior research. In producing distribution analyses for the legislation, for example, the Joint Committee on Taxation assumed that 25 percent of the burden of a corporate tax change is borne by labor and the remaining 75 percent borne by capital after 10 years. Similarly, in estimating the deficit impacts of the legislation, the Congressional Budget Office made — and detailed — numerous assumptions about how people would respond. Ultimately, the Congressional Budget Office concluded that the legislation would increase federal budget deficits over the subsequent decade by between $1 trillion and $2 trillion. The Tax Policy Center concluded that the legislation would disproportionately benefit the well-off.

Future studies of the TCJA will certainly nuance — and potentially change — economists’ understanding of taxation. The labor share of the corporate tax assumed by economists at the Joint Committee on Taxation might be too high or too low. They may have assumed that the extent to which corporations shift profits abroad for tax purposes would respond by too much or too little. Economists at the Congressional Budget Office may have assumed that the location of investment decisions was too sensitive — or not sensitive enough — to the incentives the corporate tax system created.

Yet over a wide range of possible assumptions on all these points, the same conclusion would result: The legislation was a regressive, deficit-increasing tax cut. Indeed, that’s part of the reason that analysts from the left, right, and center have all concluded that the law was exactly that.

Rather than discuss the impact on revenues and burden, discussions of whether the TCJA is working often focus on proponents’ claims about economic growth. As other authors writing in this series have already observed, there is little evidence to suggest the legislation has already substantially affected economic growth. Jason Furman finds, for example, that the growth rate of gross domestic product and business fixed investment has declined slightly from the six quarters before the legislation to the six quarters after. This does not necessarily indicate that the legislation caused a reduction in either of these quantities, but it does stand in stark contrast to many of the claims proponents made on behalf of the legislation.

As there is widespread agreement that the TCJA cut revenues and reduced burden in the short- and medium-term, the more important question then becomes what would or could Congress have done with those funds instead? How does the TCJA compare to a tax cut that focused its tax cuts at the bottom of the income distribution rather than the top? How does it compare to investments to address climate change? Infrastructure? Public health? Education and opportunity? These are some of the alternative choices that Congress could have made instead of enacting the TCJA. And it’s only by comparing the law to one of these alternative uses of the funds that a reasoned judgment can be made about whether it was desirable. The TCJA cut taxes for most families, but judged relative to many other potential uses of public funds, it will leave most low- and middle-income families worse off and higher-income families better off. Acknowledging the already high level of income and wealth inequality in the United States and the pressing need for investments to address climate change and other challenges, it’s clear that a trillion-dollar tax cut that disproportionately benefited America’s higher-income families was not what the country needed.

Greg Leiserson is the Director of Tax Policy and Chief Economist at the Washington Center for Equitable Growth.