Are the U.S. Marines Losing Their Amphibious Edge? 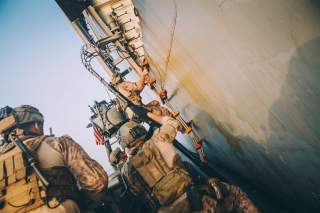 Key Point: Overseas commitments may be wearing out the Marines faster than they can train.

The U.S. Marine Corps is arguably the best amphibious-warfare force in the world. But a new Government Accountability Office report suggests that lack of training may be eroding the marines’ amphibious capabilities.

In addition, seventeen of the twenty-three units complained that they couldn’t train because of lack of access to training ranges, especially with units scheduled to deploy getting first crack at training facilities. Almost half said training was hampered by maintenance work on ships, bad weather or the transit time it took for the amphibious ship to reach the training area. Curiously, only five of twenty-three marine units reported that deployments, or the need to prepare for upcoming deployments, actually affected their training.

This piece first appeared in 2017. It is being republished due to reader interest.