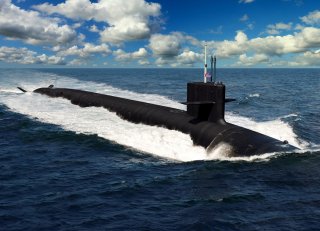 A highest-priority crash program to harden U.S. military and critical civilian infrastructures from EMP and cyber-attack should begin immediately.  The potential of Russia, China, and even North Korea to possibly paralyze the U.S. Triad, including SSBNs on patrol, with an EMP "cheap shot" invites aggression.

Today, U.S. strategic bombers and ICBMs have never been more vulnerable to a surprise attack. U.S. strategic bomber bases are reduced from 45 during the Cold War to just three today.  Unlike  Cold War readiness, today no U.S. strategic bombers are nuclear-armed on strip alert, ready to fly on short-warning. Even North Korea could destroy all U.S. B-52 and B-2 bombers by surprise nuclear attack on their three bases at Minot AFB (North Dakota), Whiteman AFB (Missouri), and Barksdale AFB (Louisiana).

Anything that threatens the survivability of U.S. submarines on patrol at sea would fundamentally undermine U.S. nuclear deterrent credibility and could have the gravest consequences imaginable—including inviting a surprise nuclear attack.

Due to Russian cheating on the 1991 Presidential Nuclear Initiative, the U.S. retains only about 180 aged tactical nuclear gravity bombs bunkered in Germany and Turkey.  Gone are virtually all 15,000 U.S. tactical nuclear weapons, dismantled more or less unilaterally.

Today, Russia’s advantage in tactical nuclear weapons is overwhelming, outnumbering the U.S. by at least 10-to-1, and perhaps much more.  Russia originally had 20,000 tactical nuclear weapons which some official Russian sources claim is reduced to 7,000 (not to 2,000 weapons, assumed by most U.S. analysts, making Russia’s superiority “only” 10-to-1, not 35-to-1).  Moreover, Russia has new generation tactical and strategic nuclear weapons for specialized effects having no counterparts in the U.S. nuclear deterrent.

China is moving in the same direction, deploying increasingly sophisticated offensive nuclear capabilities.  Until recently, North Korea has successfully been nuclear blackmailing the U.S. and allies for years.  Pyongyang in 2017 successfully tested an H-bomb they describe as capable of “super-powerful electromagnetic pulse (EMP) attack” that could blackout North America.

The U.S., to address the crisis, plans to deploy a tactical nuclear weapon—the W76-2—on Ohio and Columbia ballistic missile submarines, to counter these growing tactical and strategic nuclear threats.

The Heritage Foundation's Michaela Dodge, in her excellent report "New START and the Future of U.S. Nuclear Strategy," notes the very grave implication of using the W76-2 to convert SSBNs into a tactical nuclear weapons platform:

"To understand the seriousness of the issue, one must realize that uploading a low-yield warhead on a Trident II D5 SLBM means that the United States is not able to use these particular missiles for its higher-yield nuclear warheads, thus trading off part of its strategic nuclear weapons capability for tactical nuclear weapons.  The Trump Administration judged the developments in Russia's doctrine to be so serious that it was willing to make that trade."

Currently, U.S. Ohio-class SSBNs each carry 20 missiles (reduced from 24 missiles), with a mix of high-yield strategic warheads, some missiles armed with the W76-1 warhead (100 kilotons) and some with the W88 warhead (475 kilotons).  Their yield/accuracy combinations can hold at risk hundreds of adversary highest-value targets, including hardened underground bunkers, military bases, and industrial targets.

The W76-2 tactical nuclear weapon is just the primary of the W-76-1, reducing its yield from 100 kilotons to 5 kilotons (and thereby also continuing the U.S. unilateral moratorium on developing a new design, advanced nuclear weapons).

The W76-2 is an act of desperation, dangerous to U.S. national security:

Most importantly, the W76-2 tactical nuclear mission threatens the far more critical strategic mission of SSBNs by risking the submarine's destruction.  The most plausible tactical nuclear scenarios entail launching only one or a few weapons early in a conflict—giving the adversary a golden opportunity to locate and destroy our submarines.

The late great James Schlesinger (former Secretary of Defense under two presidents, CIA Director, and one of our nation’s most profound strategic thinkers) once warned: “As soon as you fire, you expose the boat.”

Washington elites, encouraged by the U.S. Navy and Department of Defense, have for too long assumed U.S. SSBNs are invulnerable, a dangerous assumption also in the Nuclear Posture Review that advocates W76-2 giving a tactical nuclear mission to ballistic missile submarines--because of their alleged invulnerability.

However, even during the Cold War, serious people warned that Moscow—using means much less sophisticated than those available today—could pose significant threats to the survival of U.S. submarines.  Forgotten, those Cold War threats and new threats arriving on the scene largely ignored should be considered now—before we make the destruction of our SSBNs easier for adversaries by the W76-2.

Old fashioned spy-craft and new-fashioned cyber-espionage could pose a mortal threat to U.S. submarines—as spying did during the Cold War. Cold War Soviet agent John Walker and his spy ring, for example, had access to information disclosing positions of U.S. submarines that he provided to the USSR. Soviet double-defector KGB officer Vitaly Yurchenko had Walker in mind when, in describing how the KGB scored against the U.S. Navy, he remarked: “We deciphered millions of your messages.  If there had been a war, we would have won.”

U.S. Navy Secretary, John Lehman, shared Yurchenko’s opinion of the damage done by the Walker spy ring: “Had we been engaged in any conflict with the Soviets, it could have had the devastating consequences that Ultra had for the Germans.”

Then CIA Director, Admiral William Studeman, said the Walker ring betrayal of U.S. Navy secrets created "powerful war-winning implications for the Soviets" and "jeopardized the backbone of this country's national defense." Also, former CIA Deputy Director, George Carver, who spent much of his 24-year career working cryptography and communications, believed Moscow could continue exploiting the Walker data “for years and even decades.”  Carver:

"The United States…can never be positive that it has locked all the barn doors…cannot be totally confident about the security of its communications, particularly its military and especially naval communications.  And the damage thus was done…could significantly, if not irrevocably, tilt the very strategic balance on which our survival as a nation depends."

Whether and to what extent Russia and China can find U.S. SSBNs is unknown.  Maybe they are entirely in the dark.  Or, maybe their spies know the location of every U.S. submarine.