Are We Ready For The First Patent Filed By Artificial Intelligence? 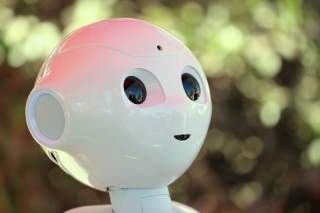 Patent practitioners and others in the world of intellectual property have expended significant time and money seeking to protect innovation in the field of artificial intelligence (AI). But what happens when an AI tries to patent something itself? Will such an event be possible? If so, who would be named as the inventor? And who would own the rights to the invention?

Given the pace at which machine learning is accelerating, these are the types of questions the patent system will soon have to answer. With computers driving cars, winning Go tournaments, performing surgeries, and much more, it’s only a matter of time before an AI is itself capable of inventing patentable subject matter.

It’s therefore no surprise that Andrei Iancu, the director of the United States Patent and Trademark Office (USPTO), solicited public comments last summer on the topic of patenting AI inventions. The goal, according to the USPTO was:

to engage with the innovation community and experts in AI to determine whether further guidance is needed to promote the predictability and reliability of patenting such inventions and to ensure that appropriate patent protection incentives are in place to encourage further innovation in and around this critical area.

Questions abounded. For instance, the USPTO asked whether “current patent laws and regulations regarding inventorship need to be revised to take into account inventions where an entity or entities other than a natural person contributed to the conception of an invention?”

In other words, generally speaking, does the possibility of a machine inventing something require a renewed understanding of inventorship, and corresponding laws? What about if a human and a machine co-invent new technology? And how should we approach a situation in which a human invents a machine that only decades later invents something else? Should we consider the human inventor the creator of the machine’s inventions for all time, even after the human dies?

And what about ownership? “Should a company who trains the artificial intelligence process that creates the invention be able to be an owner?” the USPTO asked. Given that, at least at present, machines have no property rights, should they also have no intellectual property rights?

And what about what patent lawyers like to call the “level of a person of ordinary skill in the art?” Many aspects of patent law — including how to interpret patent claim language, and whether or not a prior breakthrough renders a patent obvious — are measured with respect to a hypothetical practitioner in the field. But if the inventor of a given patent is a machine, the USPTO wondered, “should assessment of the level of ordinary skill in the art reflect the capability possessed by AI?” Given that computer learning can approach the near-infinite, how would we measure what the level of ordinary skill of an AI would even be?

The USPTO also solicited comments about other areas of patent law that could be significantly affected by AI inventions, including written description, validity, and eligibility of claims.

The request for comments forms only a portion of the USPTO’s efforts to understand the role of AI in intellectual property. “In the coming months and beyond,” Deputy Patent Office Director Laura Peter wrote in a blog post, “the USPTO will examine the full spectrum of intellectual property policy issues that have arisen, or may arise, as AI technologies become more advanced.” This includes “AI’s impact on existing intellectual property rights” such as trademarks and copyright, and “considering if new legal rights are needed in the wake of more advanced AI.”

In future posts, we will examine the comments provided by members of the public and consider how to apply the principles of intellectual property law to the challenges of AI.

This article by Michael Rosen first appeared at the American Enterprise Institute.