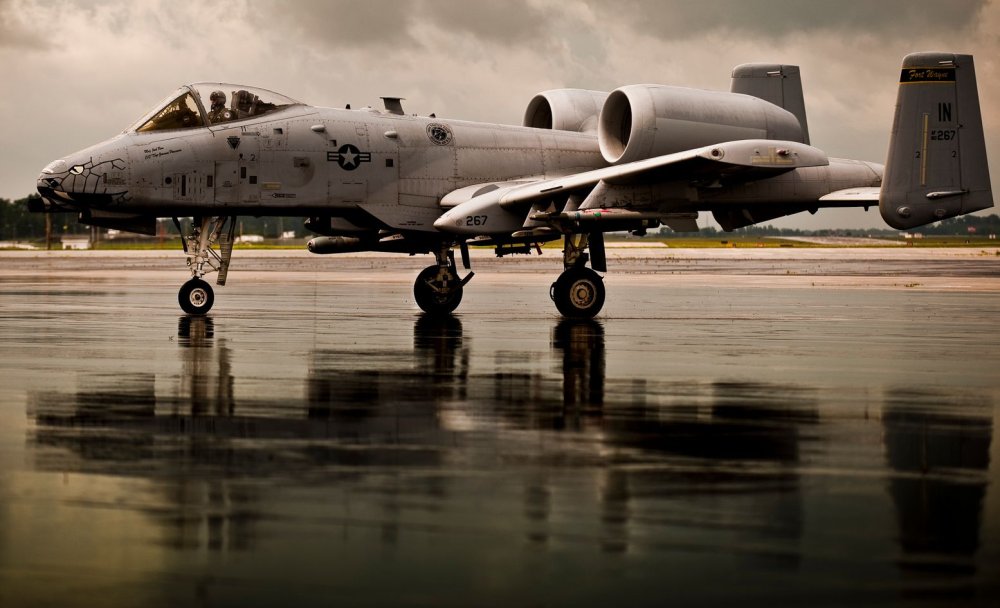 To make training more realistic, A-10 pilots shot inert 30 millimeter training rounds at unmanned boats positioned in the Gulf of Mexico during the morning portion of evaluation.

Fishing boats equipped with makeshift machine guns and weapons to resemble ‘pirate boats’ invaded the area by the Midbay Bridge between Niceville and Destin Feb. 6.

This was a scene from Combat Hammer, the 86th Fighter Weapons Squadron’s (FWS) annual multi-service exercise to evaluate weapons systems.

“We evaluate precision guided munitions against realistic targets with realistic enemy defenses,” said Lt. Col. Sean Neitzke, 86th FWS commander. “There are plenty of places in the world where low-tech adversaries can mount 50-caliber machine guns and rocket launchers on small boats for use against us. They could also use other types of shoulder launched weapons, all of which could be a threat to American assets.”

During the training week over 62 bomb drops were made over the Eglin range. The data gathered from those drops is captured by 96th Range Group units.

“The 96th RNCS CCF receives data from aircraft, weapons, targets and a multitude of other range sensors and combines that information to provide full situational awareness to the WSEP engineers,” said Stan Pitchford, Director, 96th Range Control Squadron. “This allows them to make real-time decisions on the performance of various weapon systems.”

Telemetry kits mounted on munitions provide digital data streams captured by ground telemetry sites operated by the 96th RNCS. This data is then transported to the 96th RNCS CCF by fiber optic cable and translated into information (such as targeting coordinates) the WSEP customer can then analyze. The 96th RNSS also provides high speed cameras and radar data to the CCF to increase situational awareness.

“At the end of the exercise, we package all of the mission data and deliver it to the WSEP customer. In a nutshell, we provide WSEP with decision quality data, so they can ensure the employment of the weapons work as intended before they go downrange,” said Pitchford.

This data measures whether or not the weapons are suitable, reliable, accurate, and if they can be maintained. Those findings are broken down by analysts and briefed to senior level Air Force leaders, combatant commanders and operational planners to aid them with warfighter capability decisions. In addition, the data is used to support funding, training requests, hardware and software when munition deficiencies are identified.

The identification of deficiencies allows the Air Force to correct any issues within the Air Force inventory before the weapons are deployed to operational areas of concern, according to Neitzke.

The evaluation exercise also provides and enhances operationally realistic training for the squadron’s pilots, maintainers and the participating units.

Many times, Combat Hammer is the first time aircrew members get to release a specific type of munition from their aircraft. The goal is to provide pilots without weapons firing experience the chance to get in the cockpit and drop a new weapon, or to drop a weapon normally not found at their home base.

“We strive for 50 percent first time shooters in the cockpit,” said Neitzke. “We get an allocation of more unique munitions than an operational fighter squadron typically gets at their home station.”

From the time the munitions are assembled, to when they strike their targets, the 86th FWS’s Airmen evaluate every aspect to ensure the munition can be pulled off the rack and employed effectively tomorrow in combat.

“We want to ensure Americans have the best hardware and software possible. Our goal is to find problems, and fix them, to provide our warfighters the best capabilities we can,” said Neitzke. “We want to protect them and help them be more effective in accomplishing their mission.”