Armenia Must Build the Zangezur Corridor 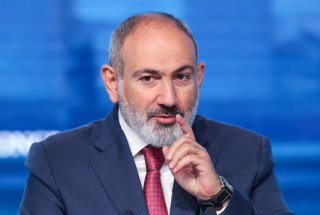 Recent border clashes in the South Caucasus have been all but eclipsed by much more publicized events in Ukraine. But make no mistake: the renewed fighting between Azerbaijan and Armenia—the worst since a Moscow-brokered ceasefire in 2020—is of global significance. Ongoing peace talks between those two countries are now endangered and, by extension, the secure transit links running through both countries’ territory upon which the global market relies are now in jeopardy.

Those same transit links were already under threat from the war in Ukraine. Severe disruptions to the movement of energy, food, and commercial goods have caused seismic shocks to economies around the world. European gas prices are soaring after Moscow slashed access to the Nord Stream 1 pipeline while Western sanctions have sparked an increase in the prices of the most basic food items around the world.

It is against this backdrop that Armenia can no longer delay the construction of a critical new transport route between Europe and Asia: the Zangezur Corridor. This corridor, long tabled but currently blocked by Armenia, would run from Azerbaijan’s southwestern border through Armenia to the Azerbaijani exclave of Nakhchivan and then to Turkey and beyond. This is the missing link in one of the only East-West trade routes that can bypass Russia. If Armenia is really a friend of the West, as its large diaspora claims, it must return to the negotiating table and immediately allow the opening of the corridor.

Armenia is committed to opening the corridor as part of the ceasefire agreement brokered by Moscow in November 2020. However, the terms of that deal left Russia in charge of the corridor—a dangerous precedent for further mischief-making. More preferable is the formula announced by the European Union’s (EU) Charles Michel last December following trilateral talks with Armenia and Azerbaijan. Michel’s plan would allow each country to control the portion of the corridor which passes through its territory, leaving no room for manipulation by third parties.

No wonder the EU has sought, with some success, to reframe the negotiations and rebuff Moscow’s attempts to manipulate the situation. The search for a secure “southern corridor” bypassing Russia is not new but the current state of global geopolitics dictates a new level of urgency. In theory, the easiest route of transport should be through Iran. However, given U.S. sanctions and chronic underinvestment in Iranian railways, it is hard to see it as a secure or reliable option.

That points to the South Caucasus as a solution. In recent years, different factors have strengthened the region as a transit link. Successful collaboration between Turkey, Georgia, and Azerbaijan has created new links, such as the Baku-Tbilisi-Kars (BTK) railway and the Southern Gas Corridor pipelines, that provide Europe with vital Caspian gas and other resources. This initiative gained further momentum when former Soviet republics such as Kazakhstan and Uzbekistan started sending fuel and goods through Azerbaijan in response to the blockade of Russia.

However, relying on the South Caucasus route also has drawbacks. In 2008, Russia invaded Georgia in an attack that has been seen as a rehearsal for the recent invasion of Ukraine. The military operations involved Russia’s consolidation of control over the two puppet “republics” on Georgian territory, Abkhazia and South Ossetia. Russian tanks are still deployed a mere forty miles from Georgia’s capital Tbilisi.

Ominous signs point to the threat of further Russian incursions. Former Georgian president Mikheil Saakashvili has pointed out that “after Ukraine the next target is Georgia.” Dimitri Medvedev, the former Russian president and currently a high-ranking member of the security council, referred to Kazakhstan and Georgia as “artificial” creations on social media, pointing out that “after the liberation of Kyiv, Russia will become united again.” Although the post was taken down ten minutes later and blamed on “hackers,” it has only confirmed suspicions about Russia’s possible future intentions. Therefore, the corridor through Georgia cannot be a reliable solution for a long-term investment nor is it a route completely insulated from Russian interference.

Armenia would benefit significantly by opening a missing link in the global supply chain. Yet, so far, Armenia has tried to backtrack on its commitment. With a foreign policy that pays lip service to a partnership with the West, the reality is different. Armenia is firmly embedded as one of Russia’s closest allies and dependents, presenting a major political dilemma for the country’s leadership.

By continuing to block the Zangezur Corridor, Armenia plays to Moscow’s script of creating a stranglehold on the world economy. At the same time, generations of populist anti-Turkish and anti-Azerbaijani rhetoric have narrowed the space available for Armenian politicians to normalize relations with their neighbors. However, now is the time for Armenia to decide whether it is a friend of the West, as its strong and vocal diaspora in the United States and Europe firmly maintains, or not. If it is, it must resume peace negotiations with Azerbaijan and help open the Zangezur Corridor.

In the midst of Russia’s blockade of global supply routes, there are few viable solutions for transporting goods from East to West. The Zangezur Corridor stands out as the most optimal among them.

Stephen Blank is a Senior Research Fellow at the Foreign Policy Research Institute.