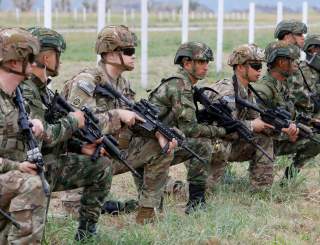 Key point: The Army was getting desperate to meet its recruitment goals. This means that sometimes recruits are admitted even though they aren't fit enough (yet).

Over 300 soldiers were found to have enlisted after either failing a required fitness test, or never taking it at all, according to documents obtained by Army Times.