The Army Plans to Change the Way It Conducts Information Wars 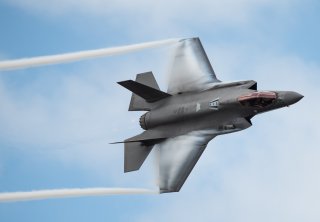 The goal is to “bridge and overcome” proprietary and technological limitations that can impede interoperability or the possibility of upgrading a weapons system with new generation enhancements such as targeting upgrades, sensor improvements or the full insertion of new technologies.

Mail. Gen. Brian Gibson, the director, Air and Missile Defense Cross-Functional Team for Army Futures Command, told the National Interest that new weapons systems need to be “opened up” and then “put in the hands of soldiers” to pave a path toward modernization. The Army doesn’t want to be bound “by intellectual property” or by “technology that does not allow you to fix the data,” Gibson explained. That’s why the military service is leaning toward interoperability.

“IBCS as a pathfinder is an example of taking weapons systems designed by different companies and allowing them to integrate,” he said.

Gibson noted that the Army’s Integrated Battle Command System (IBCS) is an example of the military service’s effort to “open up” weapons systems to adjust and update sensors, refine technologies and further modernize systems such as radar, missiles or airborne weapons. IBCS is a series of networked nodes that connects dispersed sensors. It is slated to become operational in just the next few years. The Army has been expanding IBCS to incorporate a multi-domain approach and possibly include F-35 jets and a ship-integrated Aegis radar in its network. All of this is made possible by ensuring the technological interfaces and standards are based upon common Internet Protocol.

In some cases, “opening up” radar systems and sensor systems so that various weapons can be upgraded and modernized will help engineers create gateway bridges between weapons systems so that they can freely and securely exchange information. This is how IBCS was able to integrate with an F-35 fighter jet as an aerial node, expanding the cross-domain reach of a threat detection network. A multi-domain IBCS network could change the face of the information battlefield. Ultimately, the plan is to create a variety of secure and effective gateway interfaces so that Navy ships, drones, unmanned systems, fighter jets, ground robots, tanks and fire control systems can network with one another to find targets and shoot off or “cue” the right interceptors.