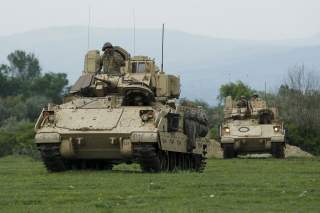 Key point: America is preparing for the future of high-tech land warfare with drones.