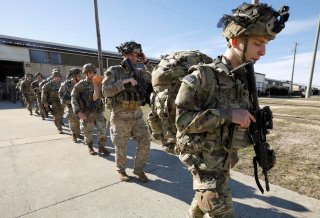 9 Jan. 2020 -- Currently, soldiers get about 150 watt hours of power from these flexible battery panels, which fit behind body armor vests. But future soldier technology, such as the experimental Integrated Visual Augmentation System (IVAS), will demand even more out of battery technology.

But to get there safely, the Army may have to compromise on the physical features of the CWB, he said, adding that the goal is to keep the battery's weight at its current 2.6 pounds.

But the real concern is whether these more powerful versions will catch fire if they are hit by a bullet, he explained.