The Army's New Rifle Will Fire Bullets At a "Pressure Equivalent to What a Tank Would Fire." 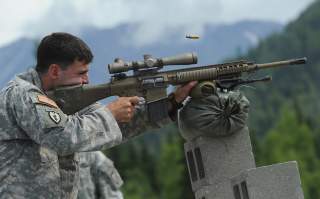 “The system will adjust and potentially only fire when the muzzle will line up with its target. It will take into account atmospheric conditions, even automatically center the weapon using an internal system. We’re looking to get these capabilities ready as soon as possible.”