Asking for the Receipts: A Chance to Move past Outdated Pentagon Programs and Priorities 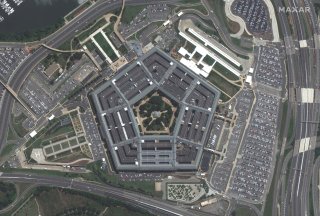 In late August, Deputy Secretary of Defense Kathleen Hicks directed an assessment of the health of major Pentagon programs. While her memorandum invoked the need to maintain “effective and efficient” programs, the review is also a rare opportunity to rein in the excesses of the only government agency to never pass an audit. Deputy Secretary Hicks asked a very specific question with the power to reorient our national priorities: How much is the Pentagon spending to maintain their top acquisition programs and why?

The Department of Defense (DoD) receives a huge slice of the federal budget. To put things in perspective, in the fiscal year 2020 (FY-2020), DoD received $714 billion from Congress, more than sixteen times the $41 billion for the Department of State and U.S. Agency for International Development. DoD awarded Lockheed Martin more than $75 billion in contracts in FY-2020 alone, meaning the top defense contractor received one and a half times the entire budget we allot for diplomacy.

But what is the Pentagon really getting for all that money? That’s what Hicks wants to know, and the results of the review she has required would be of interest to an American public disillusioned with forever wars.

A few days after the deputy secretary issued her directive, the United States completed their messy withdrawal from the nearly twenty-year war in Afghanistan. The very next day, the House Armed Services Committee met to review and vote on amendments to H.R. 4350, the National Defense Authorization Act. The Biden-Harris administration proposed $752.9 billion for national defense, $715 billion of which would go directly to the Department of Defense. This is a $12 billion increase in defense spending from the previous year, a figure Rep. Mike Rogers (R-Ala.) felt was insufficient. As such, Representative Rogers proposed increasing the administration’s DoD budget proposal by $23.9 billion, a move endorsed by the majority of his colleagues on the House Armed Services Committee even though the United States had pulled out of one of its longest wars literally the day before.

It’s frankly outrageous to throw billions of extra dollars at the Department of Defense right now, which is why the Pentagon-wide review is so important. House Armed Services Committee Chairman Adam Smith (D-Wash.), who opposed the proposal to boost the Pentagon’s already more than ample budget, expressed a similar sentiment:

“[The] single most important thing the Defense Department needs to do right now is spend its money wisely, is do a better job of acquisition and procurement,” Smith said during a committee markup of the FY-2020 Defense Authorization Act. “Do a better job of anticipating what the threats are now versus what they were thirty years ago. And if we give them another $23.9 billion dollars, it takes the pressure off. It makes it easier for them to just keep doing what they have been doing.”

The F-35 program is one of the major programs expected to receive significant scrutiny. The F-35 program, a legacy contract for Lockheed Martin, is the most expensive weapons system in Defense Department history. The department plans to spend about $400 billion to procure twenty-five hundred F-35 jets and is estimated to spend a whopping $1.3 trillion to maintain and operate the aircraft over their lifetime. Despite this hefty price tag, the Director of Operational Test and Evaluation at the Pentagon concluded in his latest annual report that the development process for the much-lauded plane “is not working.” Due to poor software qualities and project delays, the F-35 is still what Dan Grazier at the Project on Government Oversight describes as a “massively expensive prototype”—despite the fact that it is already being deployed by the United States and its allies.

The need for a Pentagon-wide review extends beyond programs that have and will cost taxpayers dearly. The report should be the first step towards examining the reality of threats cited by Rogers, President Joe Biden, and Hicks when she cites China as the “pacing threat.” The United States spends roughly three times more on its military than China and ten times more than Russia, so to argue that these other nations are outpacing our defense industry is simply not accurate. In fact, the truth may be even scarier: we are spending more money for worse technology that ultimately does nothing to advance our security.

The report, due September 17, is only the first step in a much larger national reckoning we must have about our own safety and role on the world stage. It is, however, an important first step to reign in reckless and wasteful defense spending and the companies who profit from it.

Taylor Giorno is a fall researcher at the Center for International Policy’s Arms and Security Program and Foreign Influence Transparency Initiative.