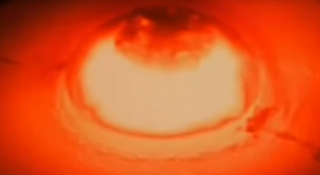 (This is a combination of two previous articles posted last year. They are reposted here for your reading pleasure.)

The Soviet Union's swift strides towards nuclear arms alarmed American officials in the 1950’s. "First Lightning" (called "Joe-1" in the West)—the first Soviet nuclear test—announced the Moscow's new military power less than three months after lifting the Berlin Blockade in May 1949. The twenty-two-kiloton shot copied the U.S. Trinity test as closely as possible to achieve early success; the rushed development actually stalled the Soviet program for over a year, with the second test occurring in September 1951.

Recent reports of collapse at the North Korean nuclear test site under Mt. Mantap provide a sobering reminder of the sheer power of nuclear weapons. North Korea’s sixth (and final?) test had a likely yield well above one hundred kilotons, enough to corroborate the regime's claim of thermonuclear capability.

Really big nuclear explosions require the lightest elements rather than the heaviest. Fission explosions rely on the energy released by splitting heavy atoms of uranium or plutonium into lighter elements, and require lots of fissionable material. Fusion explosions release vastly more energy than fission blasts by fusing together lightweight hydrogen nuclei into slightly heavier helium. However, getting hydrogen to fuse requires immense temperatures and pressures, which only a fission explosion can readily generate.

Both the United States and the Soviet Union saw fusion or thermonuclear weapons as the vital next step in trumping each other's nuclear arsenals. In pursuit of weaponizing the power of the sun both nations created the largest artificial explosions yet witnessed by humans. Edward Teller, who along with Stanislaw Ulam conceived the successful H-bomb concept, began thinking about “the Super,” as it became known, even as the Manhattan Project struggled to build a working fission bomb.

As the Korean War flared both the United States and USSR accelerated their nuclear programs. Despite serious reservation by some in the nuclear weapons community, President Truman launched the U.S. thermonuclear effort in 1950. Soviet scientists pursuing a different design had access to ideal fusion fuel—the chemical compound of the lightest metal, lithium, and a heavy form of the lightest gas, hydrogen. This powdery substance, lithium deuteride, itself came in two "flavors," one incorporating the Lithium-6 isotope and another incorporating Lithium-7. The Soviets swiftly built facilities for manufacturing Li-7 deuteride while the Americans, lacking sources of Li-7 focussed on liquid deuterium.

By late 1952 the Soviets had tested their first fusion-driven device with limited success. After an immense investment the Americans succeeded in producing abundant liquid heavy hydrogen (deuterium) and an eighty-ton science experiment to use it. Not in any sense a weapon, the Mike (for "megaton") shot of Operation Ivy yielded 10.8 megatons of explosive force when detonated November 1, 1952. Ivy Mike proved the Teller-Ulam design by leaving a mile-wide hole in Eniewetak Atoll.

And yet, Ivy Mike was only the fourth biggest U.S. nuclear test.

Operation Ivy’s other test puts Mike in perspective. Weapons designer Ted Taylor thought the H-bomb to be overkill and to prove his point designed the biggest pure-fission bomb ever tested. Ivy King (for “kiloton”) yielded five hundred kilotons at the cost of four critical masses of uranium alloy—so much fissile material that the weapon had to be transported with chains of neutron-absorbing boron and aluminum to prevent a premature chain-reaction. Ivy King worked, but wasn't the future.