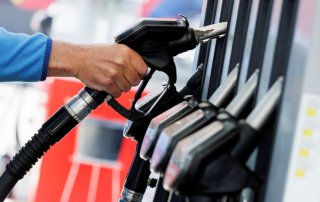 In what should be music to the ears of millions of long-frustrated American motorists, the national average for a gallon of gas settled below $4 this week for the first time in five months, according to GasBuddy.

Gas prices now have plummeted by more than $1 per gallon since peaking at $5.03 in mid-June. GasBuddy noted that falling oil prices are most responsible for the much-needed relief at the pump, with Americans collectively paying nearly $400 million less per day on gasoline than they did in June.

“We’ve never seen anything like 2022 at the pump, highlighted by once-in-a-lifetime events including the ongoing Covid-19 pandemic, which caused myriad imbalances, exacerbated by Russia’s war on Ukraine. As a result, we’ve seen gas prices behave in ways never witnessed before, jumping from $3 to $5 and now back to $3.99,” Patrick De Haan, head of petroleum analysis at GasBuddy, said in a release.

He added that those contributing factors are still somewhat in play. “While the recent drop in gas prices has been most welcomed, the issues that led to skyrocketing prices aren’t completely put to bed, and still could lead prices to eventually climb back up, should something unexpected develop,” he continued.

Despite the steadily falling gas prices, which hit fifty-seven consecutive days, according to the New York Times, AAA has reported that fewer drivers fueled up last week.

“It’s another sign that, for now, Americans are changing their driving habits to cope with higher pump prices,” the site wrote.

According to data from the Energy Information Administration (EIA), gas demand last week declined from 9.25 million b/d to 8.54 million b/d. The rate is 1.24 million b/d lower than last year and is in line with the demand seen at the end of July 2020, when Covid-19 restrictions were in place across much of the country.

Additionally, according to EIA, the total domestic gasoline supply climbed slightly by 200,000 bbl to 225.3 million bbl.

Meanwhile, the cost of oil has continued to edge lower mainly due to fears of economic slowdowns across the globe.

“Oil is the primary ingredient in gasoline, so less expensive oil is helpful in taming pump prices,” Andrew Gross, AAA spokesperson, said in a statement.

“Couple that with fewer drivers fueling up, and you have a recipe for gas prices to keep easing,” he concluded.