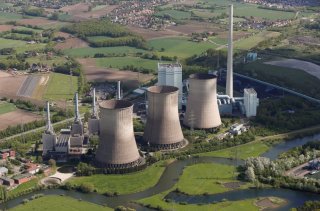 Nowadays, one of the major concerns for Europe is energy security and how to address the challenges that face European energy consumers. Natural gas is an important source of energy, and most EU Member States depend on natural gas imports. It is worth noting that gas can be considered a cleaner “transition fuel” because it leads to the emission of less CO2 than coal. Another important fact is that natural gas supports renewable energy sources because it can quickly compensate for dips in solar or wind power supply and rapidly respond to sudden increases in demand. In addition, it is a good partner for hydropower, providing a secure electricity supply when there is insufficient rainfall.

It should be underlined that, during the energy transition period, countries cannot rely on only a few energy sources; on the contrary, they have to diversify energy supply types and sources. Therefore, the share of natural gas in the EU’s energy mix in the near future will be higher owing to its Green Deal goals. In 2019, the EU proposed the European Green Deal (EGD), a set of fifty actions for the following five years across all sectors to prepare the EU economy for climate neutrality by 2050. This means that the EU plans to achieve sustainable development by reducing greenhouse gas (GHG) emissions. Alongside this decarbonization policy, Europe’s gas dependence is expected to increase. Therefore, the EU is interested in the diversification of energy sources and routes, especially regarding natural gas. Europe has already started the process of switching from coal to gas in the power sector, and the process will continue in the future: The EU aims to use renewables, natural gas, and nuclear energy in power generation.

In light of the discussion above, natural gas and renewables will play important roles in energy consumption. The process under the EGD has already started in the EU; the European Commission announced a review of its energy and climate legislation with a view to scaling up emissions reductions targets, boosting the deployment of renewables, improving energy efficiency, and reviewing the Energy Taxation Directive. Therefore, the EU’s decision to further reduce the share of coal and, later, nuclear in power generation, and instead switch to increased clean energy sources, such as natural gas and renewables, will decrease greenhouse gas emissions, which is a key part of the EU’s strategy. Thus, reliable natural gas sources are highly important for energy security, and in the near future, during the transition period, power generation will be a key priority for Member States as they prioritize natural gas and different source of renewables. Gas security is increasingly linked to electricity security, as the reliance on flexible natural gas-fired power generation is set to increase across the EU as coal is phased out and some countries decide to end the use of nuclear energy.

In fact, natural gas will maintain its importance as a “bridging” fuel to facilitate the energy transition and further reduce the percentage of coal in the energy balance. This also holds true in the context of the EU’s interest in reducing its dependence on a single supplier, thus ensuring the diversification of sources and export routes. The Western Balkans, also a region in energy transition, is moving towards a decarbonized energy system and looking to replace coal with renewables, may from now on also benefit from the opportunities brought by the full completion of the Southern Gas Corridor (SGC) and Trans Adriatic Pipeline (TAP).

In its initial stage, the SGC was set to deliver about 16 billion cubic meters (bcm) of gas: 6 billion to Turkey and 10 billion to Europe. However, the project is also built with potential expansion capacity, which could be increased to 31 bcm in SCPX and the Trans-Anatolian Natural Gas Pipeline (TANAP), and up to 20 bcm in TAP, thus doubling the latter’s capacity. This also means that Azerbaijan, which possesses further gas reserves in its fields in its portion of the Caspian Sea (Babek, 400 bcm; Absheron, 350 bcm; and Umid, 200 bcm in reserves), as well as in Karabakh, Dan Ulduzu, and Ashrafi, might in future supply additional volumes into the infrastructure and increase gas exports to many corners of Europe.

Turkish support for the SGC was very important and TANAP, as an integral part of the SGC, diversified Turkish gas sources. The final segment of the SGC is TAP. This starts in Greece, connecting to the TANAP pipeline at the Greek-Turkish border and crossing Greece, Albania, and the Adriatic Sea with its final destination in Italy. The pipeline delivered its first Azerbaijani gas to Europe on December 31, 2020. The delivery of the first Caspian gas directly to European energy consumers was a historic event from a geopolitical point of view because the process was a result of the successful energy strategy of Azerbaijan that is aligned with the protection of its national interests. TAP also stands out as an important connecting core within the SGC and, through its linkages to other interconnectors in Europe—such as Interconnector Greece Bulgaria (IGB), the Ionian Adriatic Pipeline (IAP), and the Bulgaria–Romania–Hungary–Austria gas pipeline project (BRUA)—can open up new perspectives for other countries to benefit from new supply sources. It is a reality that the SGC enjoys the full support of the EU, and even the potential changes in EU energy policies resulting from the adoption of the “Green Deal” that is set to make Europe carbon-neutral by 2050 are unlikely to alter the position of the SGC in Europe’s list of priorities. As was also made clear by the EU Commissioner for Energy, Kadri Simson, at the seventh meeting of the SGC Advisory Council on February 11, 2021, in Baku, this should not affect the situation with already working projects like the SGC, and, in fact, going carbon neutral does not totally rule out the need for gas in the EU.

It was also rightly underlined by the EU Energy Commissioner during the Advisory Council meeting that the SGC enables EU citizens to have more access to choice and competition in the energy market. This was especially manifested in the decline in natural gas prices in Italy since the beginning of 2021. Moreover, with the completion of TAP and subsequent construction of the Ionian Adriatic Pipeline, the potential of the SGC to contribute to the energy security and Western Balkan decarbonization efforts have also increased. The president of Azerbaijan, Ilham Aliyev, announced in his speech at the seventh meeting of the Southern Gas Corridor Advisory Council on February 11, 2021, that Memorandums of Understanding in this regard have been signed with the countries in the Western Balkans.

With the Covid-19 pandemic bringing many uncertainties alongside global lockdowns, global economic activity went into a tailspin in 2020. Although many projects and economic initiatives may have stalled, it is nevertheless reassuring to see that work on the SGC was successfully continued through to final completion.

In 2021, Azerbaijan plans to export 1 bcm of natural gas to Georgia, at least 8 bcm to Turkey, and more than 5 bcm to Europe. By 2023, both TANAP and TAP will be utilized to their full capacity. So far, 137 bcm of natural gas have been extracted from the Shah-Deniz 2 field, the main source for the SGC in the current stage. In the second stage of the SGC, new gas fields will be exploited and further prospects explored, and this will definitely create new opportunities for supplier, transit, and consumer countries.

It is clear that various natural gas projects will play important roles in the energy market and, towards this end, Caspian gas supports the diversification of sources and routes. Beyond this, the SGC opens a window for other gas sources from Central Asia, especially Turkmenistan, via the Trans-Caspian Pipeline. The implementation of the Corridor became possible only through consistent and targeted international cooperation, partnerships, political will, and unity of purpose; because of these, other countries wishing to use this extant infrastructure could potentially benefit from this partnership. This once again testifies to the fact that the SGC carries great potential to contribute significantly to Europe’s energy security. However, it is a two-way street, and the demonstration of continuing support by the EU to the SGC and its future perspectives is equally important.

It goes without saying that the use of natural gas will play an important role in the coming years. The EGD plan that supports decarbonization and sustainable development will change the energy mix. As noted above, natural gas may support the EU’s efforts towards clean energy; therefore, reliable gas sources and gas infrastructure are key mechanisms, indeed milestones, for this purpose. Power generation from coal and nuclear will fall as a result of national energy policies; therefore, the share of renewables and natural gas must increase to ensure security of supply. Summing up, through the SGC, Azerbaijan will ensure the diversification of routes and sources for natural gas to Europe alongside contributing to the decarbonization efforts of the broader continent.

Dr. Esmira Jafarova serves on the board of the Center of Analysis of International Relations (AIR Center) where Shahmar Hajiyev is a leading advisor.