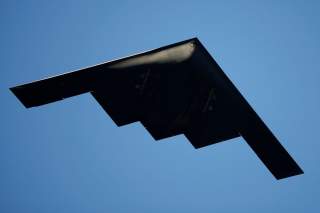 Key Point: The B-21 has entered its latest stage of development, bringing it one step closer to fruition.

Osborn previously served at the Pentagon as a Highly Qualified Expert with the Office of the Assistant Secretary of the Army - Acquisition, Logistics& Technology. Osborn has also worked as an anchor and on-air military specialist at national TV networks. He has a Masters Degree in Comparative Literature from Columbia University. This first appeared in Warrior Maven here. This piece was originally published in July 2019 and is being republished due to reader's interest.