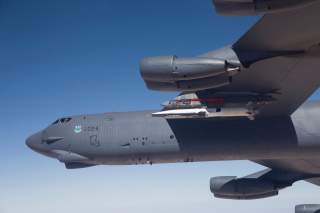 Key Point: The B-52 has been a symbol of American power since its creation.