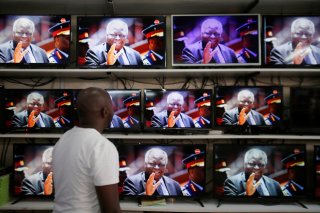 Charter Communications, the parent company of Spectrum and the second-largest cable company in the United States, last week released its first-quarter earnings, revealing it lost another 112,000 video subscribers.

Charter had lost 367,000 video subscribers in 2021, per the Leichtman Research Group, which reported that the company was left with about 15.8 million subscribers at the end of the year. This left it behind Comcast’s 18.17 million, although Comcast lost a lot more in 2021. The two are both far ahead of all of their competitors.

In the quarter, Charter reported revenue of $13.2 billion, a 5.4 percent increase over the same time the year before. The company also reported a net income of $1.2 billion.

This performance beat analyst expectations, although the company’s stock dropped not long after.

“We remain focused on our primary goal of driving connected customer and mobile broadband relationship growth,” Tom Rutledge, chairman and CEO of Charter, said in the earnings release. “We continue to grow our business by offering superior converged connectivity products. And our new joint venture with Comcast will allow us to provide a next-generation streaming platform that offers new and differentiated direct-to-consumer products to meet demand in a fast-changing video environment.”

That joint venture was announced in late April by Comcast and Charter. The two cable giants have teamed up to “develop and nationally offer a next-generation streaming platform,” although at first, the venture appears to entail Comcast licensing its existing infrastructure, such as Flex, Xumo, and XClass TVs, to Charter. Charter, in turn, will invest $900 million in the venture.

“We’re thrilled to partner with Charter to bring this platform and its award-winning experience to millions of new customers. These products are all designed to make search and discovery across live, on-demand, and streaming video seamless and incredibly simple for consumers,” Dave Watson, CEO of Comcast Cable, said in the release. “This partnership uniquely brings together more than a decade of technical innovation, national scale, and new opportunities to monetize our combined investment.”

A CNBC analysis heralded the new joint venture as beginning “the next chapter in the streaming wars.”

“Hundreds of millions of U.S. households already use a streaming device and may not feel a desire to switch,” the CNBC piece said of the new venture. “But Comcast and Charter service more than 200 million people in U.S. households combined. Comcast CEO Brian Roberts and Charter CEO Tom Rutledge can be united on a strategy to tell their broadband technicians to connect Flex devices when they hook up homes across the country with Internet.”