Bad News: The Gas Tax Might Be Going Up 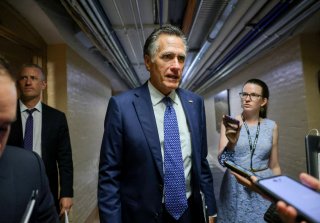 A bipartisan group of senators is reportedly considering a change in the national gasoline tax to help fund an infrastructure overhaul that will be proposed to the White House in the upcoming weeks.

The adjustment of the gasoline tax would be the first one in almost three decades, as the group is discussing indexing the tax—which currently sits at 18.4 cents-per-gallon—to inflation, according to Sen. Mitt Romney (R-Utah), a lead negotiator in the bipartisan effort. The considered tax change was first reported by Bloomberg.

“It keeps it at the same value that it has today,” Romney said.

When asked how much money that indexing the gas tax would bring in, Romney replied, “not much.”

The method of paying for an infrastructure bill has been at the center of negotiations between the White House and congressional Republicans. It’s a core reason that discussions between President Joe Biden and Sen. Shelley Moore Capito (R-W.Va.), another lead GOP negotiator in a separate infrastructure effort, fell flat earlier this week.

Sen. Jon Tester (D-Mont.), who’s a part of the bipartisan group, said that he’ll “take a look at it,” referring to indexing the gas tax. “The trust fund is in terrible shape,” he added. Money raised from indexing the tax reportedly goes into a trust fund that’s used to help finance infrastructure-related costs, according to Bloomberg.

Sen. Dick Durbin (Ill.), the No. 2 Democrat in the upper chamber, signaled his support for indexing the tax.

It’s unclear, however, if the Biden administration would back such a measure, as the president supports imposing tax hikes on companies and wealthy individuals to help fund a massive infrastructure package. But Republicans have expressed firm opposition to raising taxes, creating rifts in negotiations among lawmakers over how to fund the package.

Some Democrats are balking at waiting on a bipartisan infrastructure deal, as Senate Majority Leader Chuck Schumer (D-N.Y.) indicated this week that he plans to move forward on Biden’s infrastructure plan in July if negotiations hit a brick wall.

The president also reportedly spoke with Schumer on Tuesday about the budget reconciliation process to use as a strategy to pass his infrastructure bill. White House press secretary Jen Psaki addressed the duo’s conversation in a statement, noting that the president met with the leader to “discuss the need to commence work on the budget resolution process so that legislation to advance the President’s economic priorities and tax reform plans could move to the Senate floor in July.”

“The President is committed to moving his economic legislation through Congress this summer, and is pursuing multiple paths to get this done,” Psaki added.