BANG: Five Countries With the Best Tank Ammo in the World 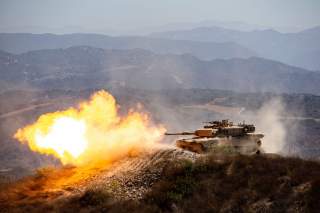 Key Point: In no particular order, these countries have the most advanced tank ammunition rounds.

Charlie Gao studied Political and Computer Science at Grinnell College and is a frequent commentator on defense and national security issues. This piece was originally published in November 2018 and is being republished due to reader's interest.