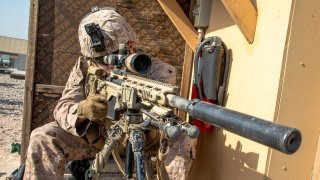 Key Point: The Marines are not a heavy, mechanized force in the mold of the Army’s heavy brigade combat teams.

This article first appeared in 2015. It is being republished due to reader interest.