Bang, You're Not Dead: 5 Worst Russian Rifles of All Time 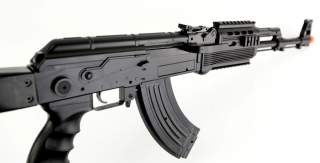 The worst of the worst--from Moscow.