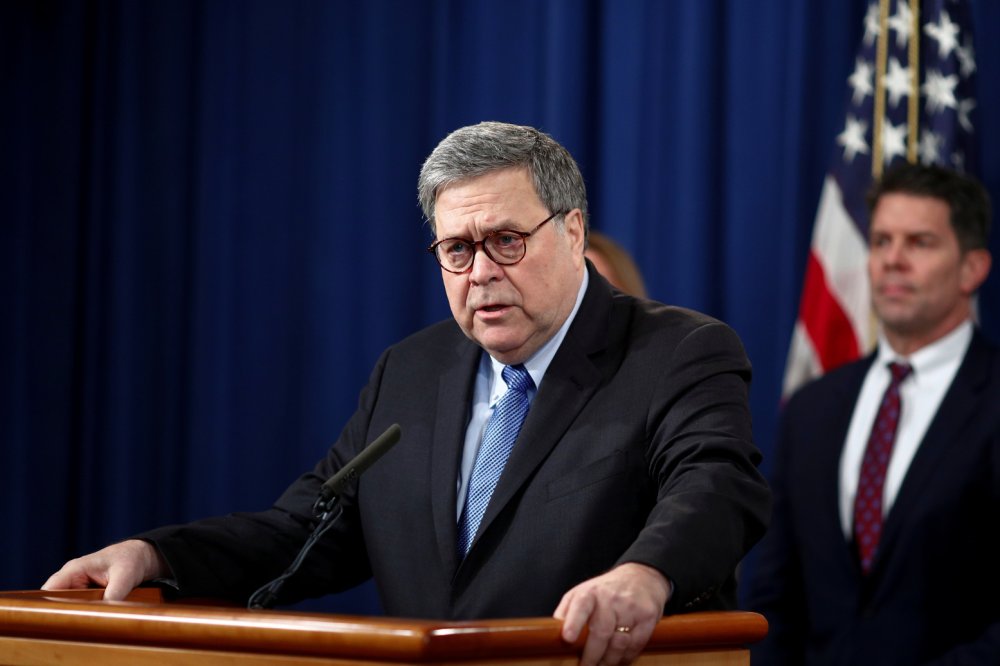 Attorney General William Barr is pressing Apple for access to the two phones a gunman used before killing three sailors in Florida.

Apple gave investigators materials from Second Lt. Mohammed Saeed Alshamrani’s iCloud account. Alshamrani is a Saudi who killed three sailors during a Dec. 6, 2019, shooting in Pensacola, Florida. The tech company is refusing to assist the Justice Department in unlocking the phones, according to The New York Times.

“This situation perfectly illustrates why it is critical that the public be able to get access to digital evidence,” Barr said during a press conference Monday, noting that the company has not provided “substantive assistance.”

Barr added: “We have asked Apple for help in unlocking the shooter’s phones.”

DOJ officials said they need access to Alshamrani’s phones to see messages from encrypted apps, noting also that such intelligence might help them determine if Alshamrani was planning attacks with other people.

“The evidence shows that the shooter was motivated by jihadist ideology,” Barr said, citing a cryptic message Alshamrani posted on 2019’s anniversary of the Sept. 11 attacks. The gunman also posted anti-American and jihadist social media content before the attack, Barr added.

This is not the first time Apple has gone toe-to-toe with the DOJ on privacy issues. The company also defied a court order to help law enforcement search the device of a gunman who shot and killed 14 people in a terrorism attack in California in 2015.

The FBI eventually found another company to bypass the iPhone’s encryption, a move that ultimately helped agents piece together the shooter’s motives. Alshamrani, for his part, tried to destroy his iPhones before opening fire at U.S. Air Force bases in Florida.

Apple is etching out a role as a tech company devoted to improving privacy, even as lawmakers worry the company is using privacy as a type of Trojan horse. Democratic Rep. David Cicilline of Rhode Island, for instance, told reporters in November 2019 that Apple is using “privacy as a shield for anti-competitive conduct.”

The company is rigging the system, app makers argue. They were once able to ask customers for permission before tracking their whereabouts even when they were not using the application — that all changed after Apple’s newest update denied app makers such options.

Apple, a critic of other monster tech companies that collect private data, launched a website in November 2019 promoting its position as a champion of privacy issues — it especially highlighted its decision to forgo collecting data on other Apple-created applications.

Government officials are meanwhile looking at Silicon Valley companies in a much more critical light than they have in past years. Google, Facebook, Amazon and others are fending off hard charging lawmakers and officials looking to tag the companies with potential antitrust investigations.

Apple did not immediately respond to the Daily Caller News Foundation’s request for comment.