The Battleship Comeback: How the U.S. Navy Could Bring Back the 'Big Guns' 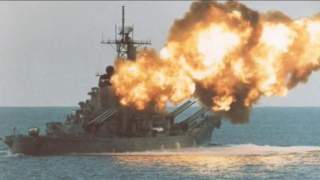