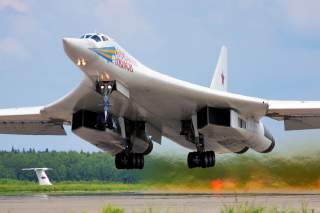 As of 2015, Russia is the only country to fly Tupolev’s Blackjack. Russia is expected to build fifty additional Tu-160s under the new plans. The newly built strategic bombers will be upgraded models, dubbed the Tu-160M2. Production is expected to commence after 2023. Moscow intends to simultaneously initiate production of the PAK DA stealth bomber, also a Tupolev design.

With a maximum speed of 2,600 km/hour, the PAK FA leaves its Cold War cousins in the dust, and its range is also reported to exceed its predecessors. Some U.S. defense officials even speculate that the new Sukhoi fighter is more agile than the American-built F-35 (albeit, the F-35 wasn’t built for this purpose).