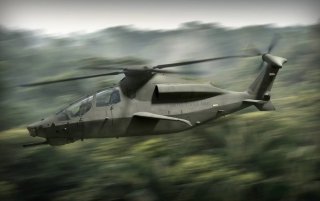 The U.S. Army’s Future Attack and Reconnaissance Aircraft (FARA) is fast developing as both Lockheed-Sikorsky and Bell advance, refine, and seek to “offer” their helicopters to the Army. For many years now, the Army has sought a helicopter that can not only meet current threat conditions but also be engineered such that it can operate in high-threat, extremely dangerous future warfare conditions in 2030 and beyond.

This is the reason why Bell is building its now 90-percent complete Invictus 360 helicopter with a specific technical strategy to support continuous modernization into future decades. Bell’s design approach is intended to engineer a flexible, iterative, and adjustable helicopter with mission systems, targeting, avionics, and weapons systems all engineered for continuous modernization and upgrades as new technologies emerge. This is accomplished through what Bell developers describe as a Modular Open Systems Architecture (MOSA) approach wherein a common foundation of technical standards is built in to enable ongoing upgrades and adaptations such as software enhancements or weapons improvements.

“We can begin the development of the next weapon system, even as we're getting information off the competitive prototype right now … so what you see is the aircraft that is pretty much complete, minus functional checks and the engine looks great,” Chris Gehler, vice president and program director of FARA at Bell 360, told The National Interest in an interview.

Much of this is done at the level of “1s” and “0s,” meaning common sets of internet protocols designed to enable interoperability and “open” standards such that new technology can be added without having to rebuild or replace hardware configurations.  Gehler explained that it has a “generic computational capacity in various mission control computers.”

“If you want to bring on a new piece of mission equipment, and you have the published open standards and parameters to design for plugging into the backbone, then the Army can plug in your gear similar to a USB ‘plug and play concept,’ and that reduces testing and reduces cost,” Gehler said.

New artificial-intelligence-enabled targeting, high-fidelity long-range sensing, hardened communications systems, and advanced datalinks are emerging so quickly that a MOSA approach has become vital to the Army’s acquisitions process. The platform itself is, in its entirety, being built for future warfare and continued innovation. Part of these dynamics will be assessed by Army developers who are preparing to grade the FARA offerings according to how well they fly, the quality of their designs and the extent to which the offerings meet cost and schedule expectations.

“We're getting various design iterations that allow us to make the weapon system itself, the air vehicle, and all the mission equipment that will come together in one development design that we will be graded on,” Gehler said. “The Army wants to fly before they buy, so this is a competitive prototype. That allows engineers to do multiple design iterations.”

An ability to make substantial improvements quickly through MOSA not only increases efficiency, speed of modernization, and lowers costs but also brings the critical advantage of lowering weight. Agility, speed and aerial performance are all key performance parameters impacted by weight, so optimizing operational functionality at lighter weights generates highly sought after advantages for engineers.

“FARA is a platform that can add capability and reduce weight by not having to add boxes. You're writing a software program right into a computational capability that is already there, and you are dematerializing it into software, using that digital backbone to pipe it to the systems that need it,” Gehler said.