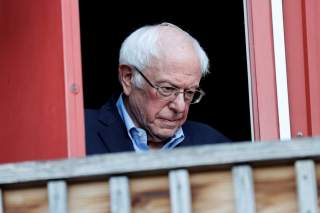 Finnish Prime Minister Sanna Marin tells The Washington Post that “the American Dream can be achieved best in the Nordic countries” like her own. And many on the left seem to agree. Among the 2020 Democratic contenders, Sen. Bernie Sanders is probably most firmly on Team Scandinavia. He’s repeatedly highlighted those nations as his model for socialism done right — not Cuba, Venezuela, or Soviet Russia.

But Sanders-style socialism and Scandinavian-style capitalism, despite some overlap, are hardly interchangeable. The Nordic model is far more firmly rooted in capitalism and free markets than what Sanders suggests or would prefer. As Denmark’s former prime minister said last year, “Some in the US associate the Nordic model with some sort of socialism. … Denmark is a market economy.”

Listening to Sanders, one gets the sense that he last examined the Nordic model decades ago and has missed all the many pro-market changes since the 1970s and 1980s. Strangely, the version of Scandinavia that’s apparently in his head is the version that was failing. Stranger still is how Sanders casually dismisses the notion that what works for tiny, niche economies in northern Europe might not be easily applicable to a continent-spanning mega-economy like America’s. To him, one country is pretty much like another in all the ways that really count. More from the WaPo:

In 2008, before a standing-room-only crowd in the city hall of Burlington, Vt., Sanders welcomed the Finnish ambassador to his state and urged his compatriots to study “one of the best economic and social models in the world.” … In that same conversation, Sanders brushed aside the suggestion that Finland’s small population — barely 1/60th of that of the United States — should complicate the picture. “As we acknowledge the difference, we should also acknowledge that we are all human beings with very much the same DNA, the same kind of intelligence and the same human needs,” he said.

But not all cultures are the same. If they were, then the World Values Survey would be a waste of time. Or at least you would only need to look at one country. Seen one, seen them all. Of course, that’s absurd. For instance: Analysts on both sides of the Atlantic think differing attitudes toward risk taking play a role in differing levels of high-impact entrepreneurship. Or how about trust? According to the WVS, 60 percent of Swedes think “most people can be trusted” versus 35 percent of Americans. And trust matters. From The Economist:

Economists say that high levels of trust result in lower transaction costs—there is no need to resort to American-style lawsuits or Italian-style quid-pro-quo deals in order to get things done. But its virtues go beyond that. Trust means that high-quality people join the civil service. Citizens pay their taxes and play by the rules. Government decisions are widely accepted. … Nordic people take this attitude to government with them when they go abroad. Even today Americans with Nordic roots are 10% more likely than the average American to believe that “most people can be trusted”.

And as my colleague Stan Veuger said in a 2016 podcast Q&A about the Nordic nations: “They’re relatively homogeneous, they have stable politics, they do not have a tradition of ethnic groups or racial groups that have long been disadvantaged. So that makes a lot of these programs more feasible and more affordable too.”

None of this means the US can’t learn from what works in other nations and adopt similar policies. But it isn’t some cut-and-paste job. Different countries are, well, different. Policymakers need to deeply understand and acknowledge those differences and consider how they might generate unexpected consequences.

This article by James Pethokoukis first appeared in February 2020 on the AEI Ideas Blog.