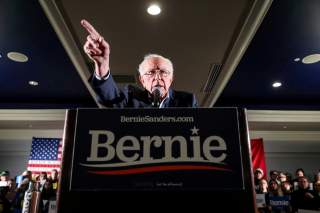 Bernie Sanders supporters are quick to make clear that their guy doesn’t want to turn America into Cuba or Venezuela or the old Soviet Union. By “democratic socialism,” the US senator from Vermont means Scandinavia, more or less. And what’s wrong with that? The Nordic nations are pretty nice. Even President Trump has conceded that Norway produces a quality immigrant.

But does Sanders really want to import Scandinavian “socialism”? He brags that his universal health-care plan eliminates patient cost-sharing. But Scandinavia has it. Sanders wants to raise a lot revenue though heavy taxes on business and investment. Scandinavia doesn’t. Sanders has a big problem with billionaires. Scandinavia doesn’t. Indeed, as I have written, “The egalitarian Nordic nations have as many billionaires, relatively, as the US and more concentrated wealth, at least as measured by the share of wealth controlled by the top 10 percent.”

I could do on and on, mentioning how the Nordics score highly in the conservative Heritage Foundation’s Economic Freedom Index, especially when it comes to government regulation. They’re also free traders, unlike Sanders, who opposed the North American Free Trade Agreement in the 1990s and its successor agreement today. As a JPMorgan analysis cautioned: “Copy the Nordic model if you like, but understand that it entails a lot of capitalism and pro-business policies, a lot of taxation on middle class spending and wages, minimal reliance on corporate taxation and plenty of co-pays and deductibles in its healthcare system.”

In the 1970s, several well-intended political reforms backfired. The desire to increase income equality through high marginal tax rates and generous welfare benefits weakened work incentives and created strong incentives for tax avoidance. Indeed, in the 1970s and 1980s, many wealthy Swedes – notably Bjorn Borg – left the country to avoid the taxman. Meanwhile, the desire to tame the business cycle and minimize unemployment led to the subsidization of noncompetitive industries. The unions’ desire to drive wages ahead of productivity growth led to inflation, while efforts to restore Sweden’s competitiveness through repeated currency devaluations led to both a lower living standard and investment-sapping uncertainty.

Perhaps most important, the mix of subsidies and devaluations sent the signal that firms in trouble could turn to the government for help, rather than be forced to innovate in order to stay competitive. When that happens, economies inevitably pay a price. After the crisis of the early 1990s, the Swedish economy recovered smartly. In many ways, Sweden learned from its mistakes and took measures to avoid large budget deficits and inflationary wage pressures. By the mid-1990s, these changes were institutionalized – and strikingly, often with support from Social Democrats as well as the right-wing parties. Prominent examples include a tax reform that lowered marginal rates substantially and a pension reform that balanced the risks between pensioners and taxpayers by automatically adjusting payments to demographic and economic conditions.

Whatever Sanders wants to turn America into, it doesn’t sound much like Scandinavia as it exists in current reality. Then again, as that JPMorgan report concluded: “A real-life proof of concept for a successful democratic socialist society, like the Lost City of Atlantis, has yet to be found.”