Bernie Sanders Has A Problem (A Fidel Castro Problem) 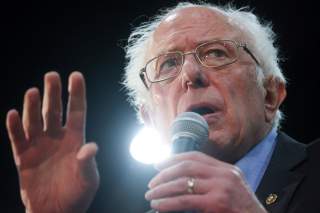 First, consider literacy. According to Sanders, “When Fidel Castro came into office, you know what he did? He had a massive literacy program. Is that a bad thing?” Sanders is surely old enough to know that all communist dictatorships throughout history have ensured that their people were literate—in part so that the people might take in the disinformation printed by government propaganda ministries.

Furthermore, a look at the data reveals that all of the progress regarding literacy that happened under communism in Cuba would almost certainly have happened under a different political and economic system. While trustworthy data, defogged of Cuban propaganda, are difficult to come by, the U.S. Department of State tried to do just that by comparing improvements in human well‐​being in Cuba between the 1950s (the last decade of the hated Batista regime) and 2000.

Next, consider healthcare. Sanders has repeatedly extolled Cuba’s healthcare system, opining that in Cuba the communist revolutionary and dictator Fidel Castro “gave them [the Cuban people] health care, totally transformed the society, you know?” Yet a recent study has found that Cuba’s seemingly impressive health performance is partly due to data manipulation and coercion.

Life expectancy is the best proxy measure of health. According to Cuba’s official data, it rose by 25 percent between 1960 and 2017. Yet life expectancy increased even faster in comparable countries: in Mexico it improved by 35 percent, in the Dominican Republic by 43 percent, and in impoverished Haiti by 51 percent.

The data make clear that Cuba’s education and healthcare system are unremarkable. Cuban‐​Americans and others familiar with Castro’s record are rightly appalled by Sanders’ apparent affection for socialism on the island.

Castro committed numerous crimes against humanity. He enslaved thousands of Cubans in forced labor camps for being attracted to members of the same sex, harboring “counter‐​revolutionary” thoughts, practicing minority religions or even simply for looking unkempt (like a “hippie”).

The slave labor of those Castro called “social deviants” provided an important source of income for the young communist regime, and any accomplishments of the regime must be viewed with that system of forced labor in mind.

“We’re very opposed to the authoritarian nature of Cuba but you know, it’s unfair to simply say everything is bad,” Senator Sanders told CNN’s Anderson Cooper during the interview. We cannot help but wonder if the senator would offer a similarly nuanced portrayal of a right‐​wing dictator.

The 60 Minutes interview is only the most recent episode in Sanders’ lengthy history of acting as an apologist for socialism. From his infamous honeymoon in the Soviet Union that led him to extoll what he called “the strengths” of the communist system, to his 1980s praise for Castro’s Cuba and the Sandinista dictatorship in Nicaragua, Sanders has often had sympathetic words for left‐​wing dictatorships.

As recently as February 2019, Sanders even refused to describe Venezuela’s Nicolás Maduro as a “dictator” (in the September Democratic debate, when pressed, Sanders finally admitted Maduro was a “tyrant”).

Sanders, at age 78, should know better than to exalt the alleged accomplishments of communist dictatorships. Hopefully Americans will take a look at the data instead of taking Sanders’ claims about Cuba’s education and healthcare systems at face value.

This article first appeared at CATO.

Image: A student wears a t-shirt with an image of late Cuban President Fidel Castro during an event commemorating the three year anniversary of his death, Havana, Cuba, November 25, 2019. REUTERS/Alexandre Meneghini