Bernie Sanders Just Quit the 2020 Race. But Will His Ideas Win Long Term? 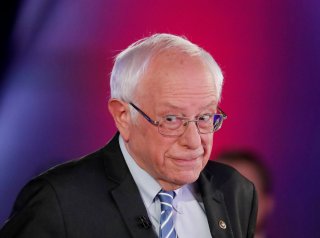 Sanders had sprinted to the front of a crowded field of candidates in February, but his longshot campaign lost its path to the nomination as other candidates rallied behind Biden’s campaign. The self-described democratic socialist promised to continue pushing against the Democratic Party establishment even as he pledged his support to Biden in the general election.

“I wish I could give you better news, but I think you know the truth,” Sanders told his supporters in a midday live social media broadcast. “If I believed that we had a feasible path to the nomination, I would certainly continue this campaign.”

“I want to thank all of you who spoke to your friends and neighbors, posted on social media, and worked as hard as you could to make this a better country,” he continued. “We have taken this country another step forward in the struggle for justice.”

Sanders claimed that his presence on the ballot will give him leverage “to move our progressive ideas forward.” Sanders is expected to win a little over a third of the 4,051 pledged delegates to the Democratic National Convention in August.

“We will be able to exert significant influence over the party platform, and other functions,” he said. “Then, standing together, we will move forward to defeat Donald Trump.”

Biden commended Sanders “for being a voice that forces us all to take a hard look in the mirror and ask if we’ve done enough” in a statement of his own released on Wednesday afternoon.

“Senator Sanders and his supporters have changed the dialogue in America. Issues which had been given little attention — or little hope of ever passing — are now at the center of the political debate,” he said. “[W]hile Bernie and I may not agree on how we might get there, we agree on the ultimate goal for these issues and many more.”

Sanders had run on a platform of economic populism, with guaranteed healthcare as its central plank. He claimed that the current coronavirus pandemic, which is expected to cause a massive spike in unemployment, has demonstrated the importance of these proposals.

“It was not long ago that people thought these ideas were radical and fringe,” Sanders said. “Today, they are mainstream.”

“This currenty, horrific crisis we are all in has exposed for all to see how absurd our current employer-based priviate health insurance system is,” he continued. “A growing number of unemployed workers struggle with how they can afford to go to the hospital without going background.”

Sanders said that he will devote his time moving forward to ensuring coronavirus relief for working-class Americans in the Senate.

But he promised that his faction of the Democratic Party will hold greater and greater sway in future elections. The Sanders campaign had not succeeded in increasing youth turnout enough to snatch several key primary victories, but won an overwhelming majority of young voters who did turn out to vote.

“The real obstacle for political change lies with the political and corporate establishment to limit our vision,” he added. “We have never been just a campaign. We are a grassroots, multiracial, multigenerational movement that believes that real change cannot come from the top-down, but only comes from the bottom-up.”