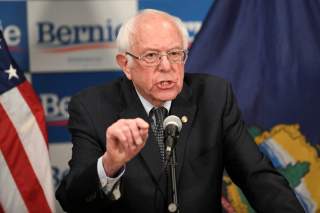 “Medicare for All” and wealth taxes may be the most radical parts of the Bernie Sanders policy agenda. They’re certainly the most high profile. But just as wild is the candidate’s “corporate accountability” plan.

It’s kind of a lot. Some of the elements: Corporations would need to issue new stock until they were 20 percent owned by employees. Nearly half of corporate boards would be directly elected by the firm’s workers. All publicly-traded companies would need to obtain a federal charter requiring corporate boards to consider the interests of all of the stakeholders in a company. Stock buybacks would be banned. Workers who lose jobs due to automation or offshoring get ownership shares. And there’s more. Much more.

Like I said, it’s kind of a lot. These “big structural change” plans typically are. They propose grand experiments with American capitalism with little thought to trade-offs or unexpected consequences. Democratic socialism is not for the humble. Nor perhaps for those open to real-world evidence.

For instance: Germany is loosely the model here because of its worker participation “co-determination” approach to corporate governance. But how that’s working these days? The Economist reports that while many Germany business owners “concede that co-determination played a constructive role in the decades after the war,” they now see it as a hindrance in a world where the nation’s corporate giants are falling behind foreign rivals. The piece notes that only one, software developer SAP, is among the world’s 100 biggest companies. And Apple is worth roughly as much as the entire DAX 30 stock index.

But certainly, German workers are doing better than their American counterparts when it comes to take-home pay, right? Not really, as sociologist Lane Kenworthy writes in Social Democratic Capitalism (bold by me):

So has Germany had healthy wage growth? No, it hasn’t. … Germany’s record has been similar to that of the United States: growth of median compensation has been much slower than growth of the economy, and it has lagged well behind compensation growth in most other affluent democratic countries. Germany’s slow wage growth owes partly to its reunification with the former East Germany in 1990 and its intentional creation of a low-wage (“mini-jobs”) segment of the labor market in the early 2000s. Still, its wage performance gives us little reason for optimism about employee board-level representation’s ability to boost wages in the United States. There is a good case on fairness grounds for enhancing employees’ ability to influence decision making in the company they work for. However, most proponents of strengthened labor unions and employee board-level representation see them mainly as mechanisms to boost pay. Unfortunately, neither looks especially promising in the American context. We don’t know how to significantly increase the size and strength of unions, and employee board-level representation in a weak-union environment may turn out to have little impact on wages.