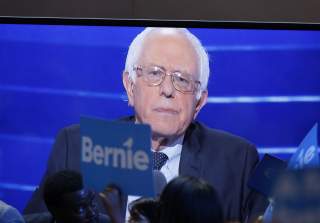 Sen. Bernie Sanders probably doesn’t expect there will ever be nationwide rent control. His presidential campaign proposal is more of the inspirational sort. As the Cato Institute’s Ryan Bourne writes in a new analysis, “What he is really doing here is endorsing a spate of new rent control laws across states, encouraging left‐wing activists to push for more stringent restrictions elsewhere.”

The Sanders plan — limiting landlords to annual rent increases of three percent or 1.5 times inflation “whichever is higher” — also does at least one other thing: It gives insight into whether Sanders-style socialism offers a dynamic approach to governance. Does it evolve in reaction to evidence and experience? (That’s a question I asked in my recent The Week column, “Has Bernie Sanders learned anything over the past 50 years?”)

Our experience with rent control certainly teaches a few lessons about central planning and markets. As economist Daniel Shoag explains in a 2019 report, “Economists have long understood that rent control creates substantial misallocation of housing since those grandfathered into below-market-rate units keep apartments even when they would be valued more highly by others. Rent control weakens incentives to supply housing, increases crime, and may ultimately lead to even more gentrification.”

Yet Sanders apparently thinks the problem is greedy landlords exploiting renters. But if that were really the case, why the long-term variance in rent increases in cities across America? As Bourne points out, “Is there any reason to suspect that landlords have been greedier in Miami than Milwaukee, or Seattle than St Louis? Or is it more likely that supply and demand trends have been different across cities over that 20 years?”

To be a socialist is to be a planner and micromanager of human action. And it’s sad if Sanders hasn’t learned the downsides of his ideology as practiced in Soviet Union or San Francisco. I recently chatted with NYU urbanist Alain Bertaud about his new book, Order Without Design: Markets Shape Cities. The book’s title comes from the following passage in Friedrich Hayek’s The Fatal Conceit, where the economist argues that planners must recognize “that order-generated without design can far outstrip plans men consciously contrive.”

And in the case of cities, Bertaud says “planners just don’t know enough to decide where the high density should be, where the low density should be, where the low-income people live. … And so in their ambition to shape the city, they in fact create a straitjacket into which the city cannot go. And then, of course, especially the lowest income people have no room to exist, practically, because of the high cost of developing anything.” If Sanders wants to offer a critique of socialism, American housing policy would be a great place to start.

This article by James Pethokoukis first appeared at AEI.